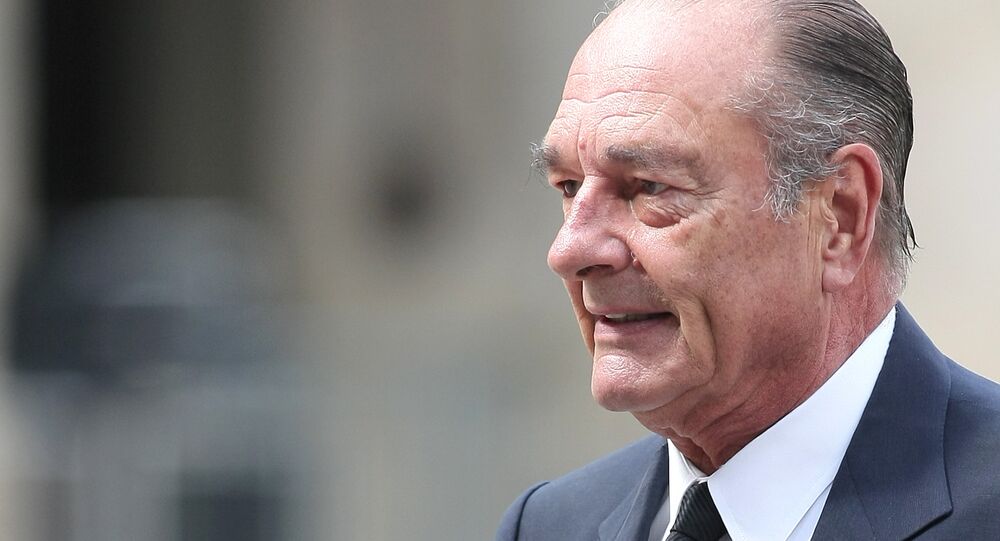 A photographer who had asked the Chirac Fund for assistance was absolutely fascinated to discover that homeless people by one of Paris metro stations will now keep themselves warm with Jacques Chirac’s clothes.

The daughter of former French President Jacques Chirac has given away her father's old suits and sweaters in a bid to aid migrants, the magazine L’Obs wrote.

The move was initially reported by the renowned French photographer Yann Arthus-Bertrand. He said that the nun Marie-Jo, who was assisting migrants, had called him in winter and complained about having practically no warm clothes for refugees.

Yann Arthus-Bertrand then wrote to the Chirac charity fund and Claude Chirac herself replied to him. She promised to sort the issue out. A few days later, Chirac’s car drove up to Marie-Jo’s place, full of the former French president’s clothes.

"I think it is just perfect that refugees by Porte de la Chapelle metro station will now wear the [ex] president’s clothes," the photographer noted.

Jacques Chirac held the post of French president for two terms, from 1995 to 2007. In 2011 he was convicted of embezzling public funds and abusing power and put on a two-year probation.

Expert Explains Reason Behind Decline in Number of Migrants to Europe