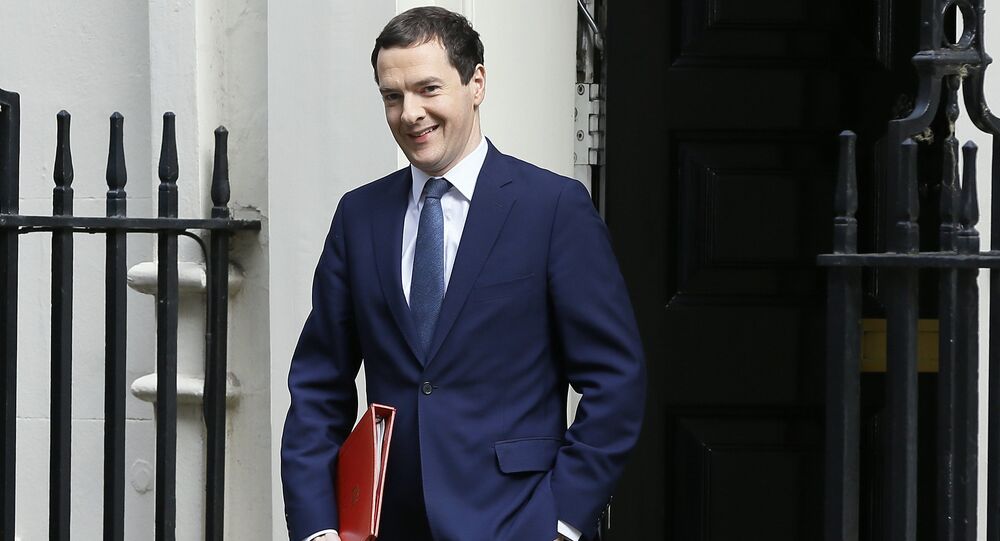 US President Donald Trump is mulling over options to launch a strike against the Syrian Army and other branches of Syria’s armed forces in response to an alleged chemical attack in the city of Douma earlier this month. France and the UK are also considering militarily intervening in the ongoing conflict, to weaken the Syrian government.

Ex-UK Chancellor George Osborne has called on British Prime Minister Theresa May to strike Syria without seeking approval from the House of Commons, as it’s likely such a vote will fail by a bigger margin than it did in 2013, as May’s government is weak and there is little appetite for military intervention, especially without any concrete evidence implicating President Assad.

The former chancellor made the calls for war against Syria via an editorial in the Evening Standard on April 10, which he serves as the editor of.

“Mrs May does not need to hold a parliamentary vote. There is no law that requires the government to seek the consent of the House of Commons before taking part in air strikes. Our constitutional arrangements are clear: the Prime Minister, using the powers delegated by the Queen as our commander-in-chief, can alone authorise the deployment of military forces,” the editorial reads.

© REUTERS / Bassam Khabieh
No Trace of Chemical Weapons at Alleged Attack Site in Douma - Russian MoD (VIDEO)
Mr. Osborne went on to warn that the UK’s absence from a potential anti-Assad military coalition would diminish Britain.

“If we do not [attack Syria], Britain and the values we hold dearly will be further diminished. The result will be a more dangerous and violent world.”

The editorial goes on to call for the UK to immediately attack Syrian forces, without even considering the implications of such a strike, and insists that parliament shouldn’t have a say in the matter.

“Britain should take part in air strikes against Assad’s forces without holding a parliamentary vote — and the House of Commons should be free to question the Prime Minister about it. But only after the event.”

Unsurprisingly, the hawkish and carless stance of the piece has drawn criticism, with many taking to social media to express their anger at Osborne’s warmongering and “disregard for lives abroad.”

Your callous disregard for lives abroad mirrors your disregard for life when you were chancellor. The UK needs a new paradigm, not one built on blood and arms sales. Have we learned nothing over all these years?

Astonishing stuff. Have I got this right? According to the Standard we should bomb Syria a) to get VFM from our military spending and b) to protect our international profile. Not in my name, thanks. #proxywar

Both the left and right are against this vicious smear plot against Assad and Putin by the UK and USA Gov — backed by Israel. #Iraq #Libya This can't be allowed to happen again. Enough is enough!!

Yeah #Democracy, Who needs it? #Gidiot

It seems that PM May has resisted calls to immediately attack Syria, with Downing Street saying that she will only authorize an attack if Assad’s culpability in the chemical attack on Douma is confirmed.

It remains unclear if she would seek parliamentary approval in this case or disregard conventions which have been established since the 2003 Invasion of Iraq.

The Syrian government has staunchly denied any involvement in this latest alleged chemical attack or any other previous attacks, including last year’s incident in Idlib province, which prompted the US to launch tomahawk cruise missiles at a Syrian Arab Air Force (SyAAF) airbase which was being used to fight *Daesh militants in the area.

Russia has found no evidence of chemical weapons being used in Douma, and called for an investigation to confirm if Assad’s forces were indeed behind the attack.

Additionally, the Russian government has warned the US not to hastily attack Syria, as there is no evidence tying Assad to the attack and such a move could undo the progress pro-government forces have made against hardline Islamist militants in recent years.