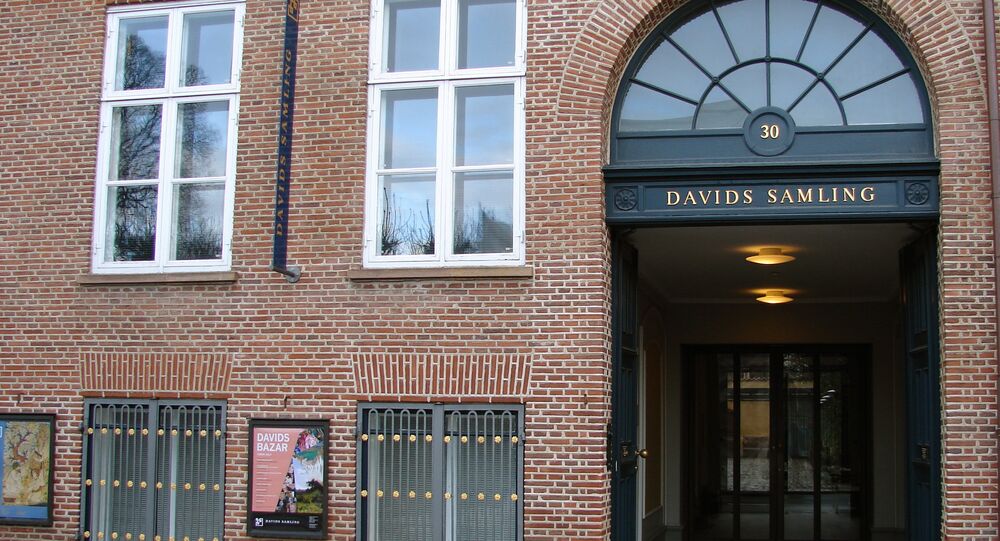 In a bid to reclaim parts of its cultural heritage, Turkey has at least 150,000 items from Western museums on its "wish list." One of Europe's largest collections of Islamic art has firmly rejected the Turkish claims, which include a gilded Quran.

A Turkish delegation recently visited Denmark as part of its campaign to reclaim "lost" cultural heritage in its crusade to bring items originating from the Ottoman Empire back to their country of origin, Danish Radio reported.

In total, Turkey is requesting between 150,000 and 200,000 objects, which were shipped from the country over the past several centuries and are currently housed in museums and collections in Europe and across the Atlantic. Some of the objects are featured in prominent museums such as the Louvre in Paris, the Victoria & Albert Museum in London and the Pergamon Museum in Berlin. According to Culture Minister Numan Kurtulmuş, only of a few of those are in the West legally.

"A lot of items from Turkey have been stolen, now located in museums in the US, England, Portugal, Denmark, France, Germany and Greece," Serdal Kuyucuoglu, a senior member of the Turkish restitution commission, said, as quoted by Danish Radio.

In recent months, members of the commission have visited collections and museums in the abovementioned countries. Denmark's David Collection, one of Scandinavia's and Europe's leading collections of Muslim art, said it was unprepared to part with its gems.

​While David Collection director Kjeld von Folsach called the Turkish visit "extremely pleasant," he said that the Turks should not expect the museum to relinquish the sought-after items.

"We have infinitely many things from around the world — as all Western museums do — and if we ever begin sending items back, we end up in a situation where all French art can only be experienced in France, the same in Germany and so on," Kjeld von Folsach told Danish Radio, stressing that the objects have been acquired "in good faith" and that it was "virtually impossible to do things backwards."

Furthermore, von Folsach called it a "really bad idea," assuming that Turkey held the same point of view when it came to objects originating from Syria, Egypt and elsewhere currently on display at Turkish museums.

Meanwhile, this is not the first time Turkey has attempted to reclaim items from the David Collection. The first such attempt was made in 2013 — and was likewise rejected.

​Mehmet Ümit Necef, associate professor at the Center for Middle East Studies at the University of Southern Denmark, has called the Turkish efforts "good domestic PR," that reinforces the narrative of "being robbed by Western imperialists."

"At the moment, they're trying to retrieve items that have great symbolic value for many Turks. And even if they only succeed in only getting back individual famous objects, it will be presented as a major political victory over the West," Mehmet Ümit Necef told the Politiken daily newspaper.

The David Collection is a museum of fine and applied art in Copenhagen, Denmark, based on the private collections of lawyer, businessman and art collector C. L. David. The museum is particularly noted for its collection of Islamic art from the 8th to the 19th centuries. It has been described as "Denmark's most exclusive museum" by Politiken.