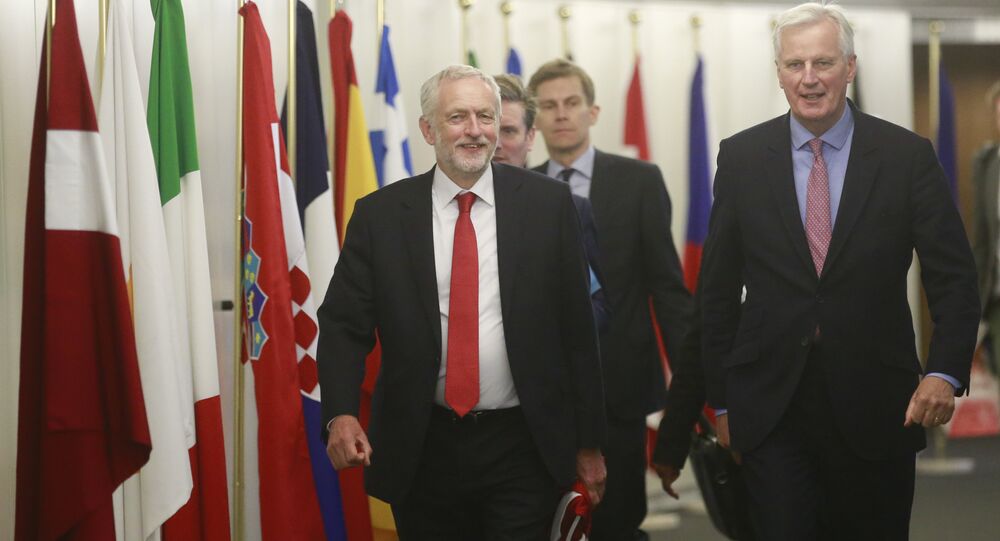 Labour’s commitment to leave the EU and withdraw from the Single Market but remain in the Customs Union has angered many of its MPs who see the party’s leadership as insufficiently pro-European.

Labour's Shadow Secretary of State for Energy and Climate Change Barry Gardiner has reportedly been recorded criticizing his party's approach to leaving the European Union, going so far as to label it "bollocks."

© REUTERS / Peter Nicholls
Israeli Labor Party Suspends Relations With Corbyn, Claims He Sanctions Anti-Semitism
The Labour Party has in recent months found itself deeply divided over how to implement Brexit, which the majority of its party members oppose and most Labour supporters voted against but which the leadership under Jeremy Corbyn has committed to carrying out.

In a compromise to the pro-EU wing of the party, Jeremy Corbyn declared in February that while Britain under a future Labour government would exit the EU and withdraw from the Single Market but remain in the Customs Union through which the 28 member states negotiate international trade agreements.