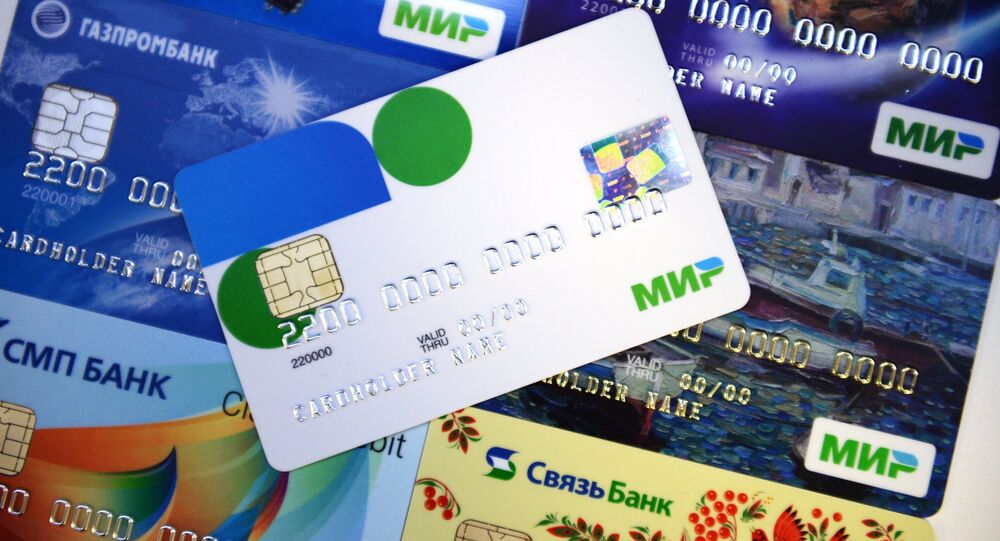 TEHRAN (Sputnik) - Russia's Mir payment system may start functioning in Iran by the end of this year, the chairman of the Russian State Duma Committee on Financial Markets, Anatoly Aksakov, said Monday.

"Iranian and [Russian] Markets are absolutely different. So are the [purchase] volumes of our payment cards. There is hope that the Mir card [system] will start operating in Iran," Aksakov told reporters.

Over the last six months, Russian and Iranian banks have opened more than 60 mutual correspondent accounts, according to the lawmaker. He stressed that the volume of transfers involving these accounts had increased by seven times over the past two years.

© Sputnik / Sergey Subbotin
Iran Bids $3.7B for Joint Railway Project with Russia
He expressed belief that the upward trend in the increase of mutual transactions would continue, despite economic and financial sanctions imposed by other countries.

Back in August, the central banks of Russia and Iran signed a memorandum of understanding during a meeting of the Permanent Russian–Iranian Joint Trade and Economic Commission's working group on financial and bank cooperation.

The MIR national payment system was created after Visa and MasterCard had denied some Russian banks services because of the US sanctions imposed on Moscow over the conflict in Ukraine. The system was launched in Russia in April 2015.

Iran Bids $3.7B for Joint Railway Project with Russia

Iran President: Response to US Exit From Nuke Deal to Be Stronger Than Imagined