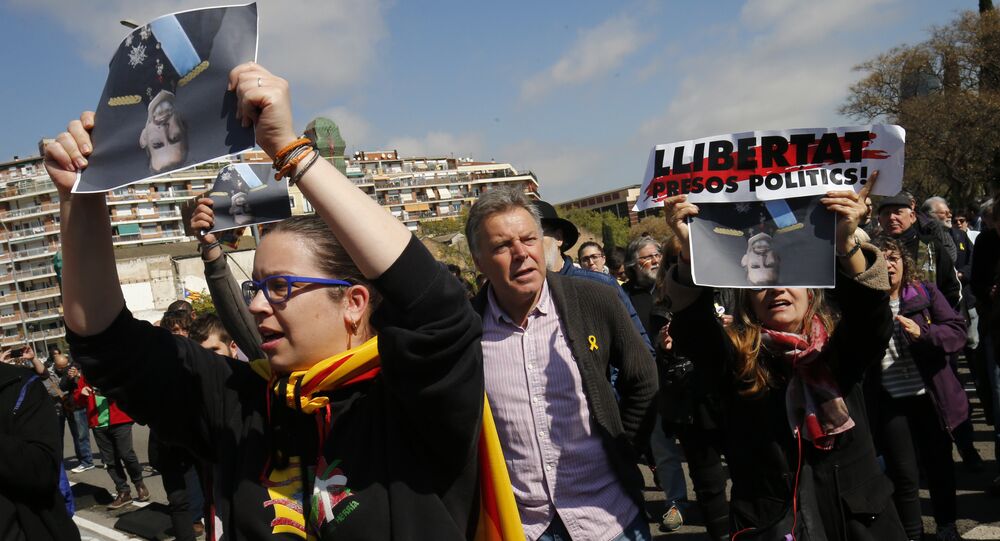 MADRID (Sputnik) - The rally has broken out in the capital of Spanish Catalonia region during the visit of country’s King Felipe VI as the region has long been seeking independence from Madrid.

A demonstration under the motto "Let's get rid of Spanish (un) justice" is taking place near the concert hall as the king currently attends the event alongside the Spanish Supreme Court head, the general prosecutor, and the justice minister. The security forces have blocked the entry to the entrance of the building.

The protesters demand to release the Catalan politicians that are held in jails over the organization of the independence referendum in October, which Madrid does not recognize.

Catalonia held a referendum on independence on October 1, in which over 90 percent of the 2.26 million Catalans, who participated in the vote, supported the region's secession from Spain. Madrid called the vote illegal and subsequently imposed direct rule over the autonomous region and dismissed its government, while several ministers of the former Catalan government were arrested.