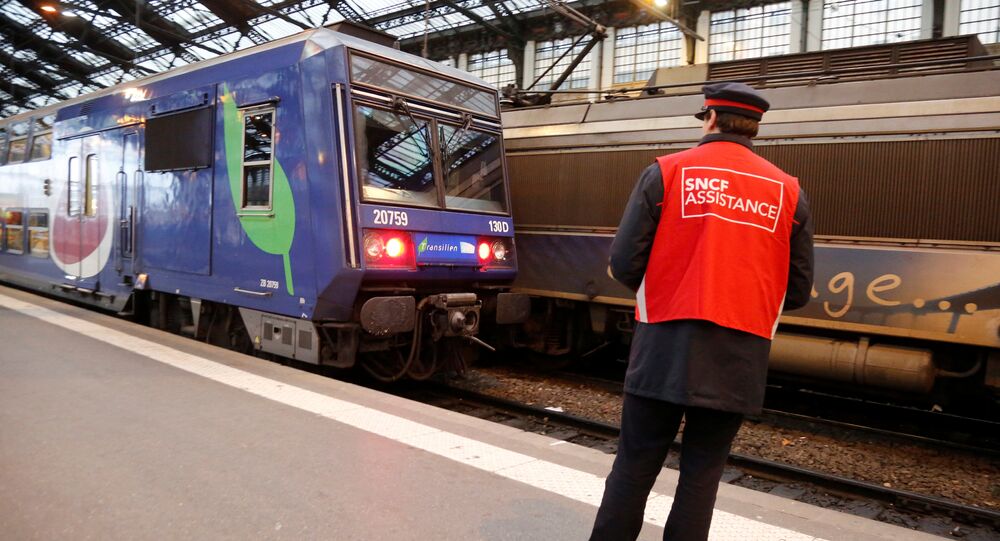 MOSCOW (Sputnik) - Almost a quarter of the French railway workers that were expected to be on duty Monday chose to go on strike against the government-led reform of the sector, the French national railway company SNCF said.

The SNCF chief stated that the action had so far incurred losses of some 20 million euros per strike day since the majority of trains were either canceled or delayed.

France has entered the fourth day of planned wave of non-consecutive strikes, which began last week, in protest against the SNCF reform.

"On Monday, April 9, among the railway workers that were expected to work today, the number of those on strike is 24.9 percent as of mid-morning," the company said on Twitter.

According to the attached press-release, the rate of participation in the strike is lower, compared to Wednesday, when it was at 29.7 percent.

© AFP 2020 / JEFF PACHOUD
French PM Reaffirms Will to Reform Railways Sector After Two Days of Strikes
The French railway workers are holding their strike against the SNCF reform, which the government looks to implement. The strike has resulted in serious train traffic disruption — only one-fifth of high-speed TGV trains along with one-third of commuter TER, Transilien and Intercites trains are running.

The reform, in particular, aims to put an end to the special status of railroad workers and make the SNCF a national enterprise with public capital. Some railway workers fear that the SNCF overhaul may lead to its privatization, but the government has denied this possibility.

The strike, which began on April 3, may last until the end of June. Trade unions are planning to continue the strike intermittently, unless the government makes concessions.