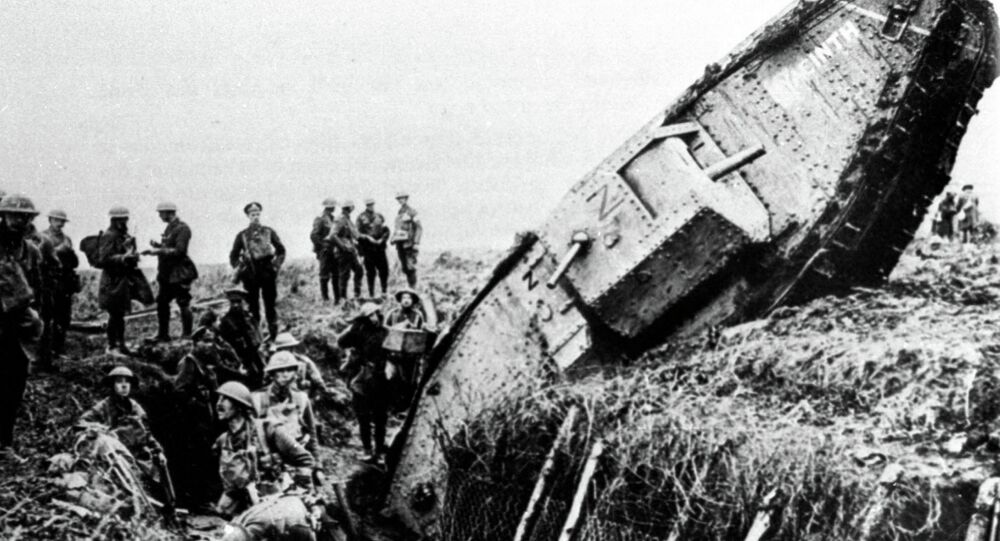 According to a Swedish columnist, the world of today has become insecure to the point, when the risk of a devastating conflict due to mounting tensions between superpowers, has become overwhelming, surpassing the heights of the Cold War.

The recent cooling of relations between Russia and the West featuring hordes of expelled diplomats, mutual accusations and military build-ups has spurred many pundits into recalling outstanding conflicts of the past. While the Cold War remains by far the most-cited one, Mats Larsson of the Swedish Expressen newspaper has made a more uncommon comparison — the eve of WWI.

"Now it may often seem that the Cold War has returned. If so, it would be only good in many ways, as the current situation in the world is much more dangerous now," Mats Larsson wrote.

According to Larsson, the conflict of ideologies on which the Cold War had been based was exhausted after the fall of the Berlin Wall. In the standoff between the US and the USSR, the both parties cherished hopes that their own political system would win the world over.

"As of today, the confrontation of major ideologies is no more: what is happening now rather resembles the world in 1910, not in 1960," Larsson noted.

According to Larsson, the world has returned to the times when the actions of the countries primarily depend on their national interests and when the risk of being drawn into a major conflict due to geopolitical reasons is high.

During the Cold War, Larsson noted, there were also several critical moments, but then the parties to the conflict had certain rules that they abided by and certain thresholds that could not be trespassed. According to Larsson, today's world has become far more unsafe.

"It's about relations between Russia and the West, but it's also about relations between China and the US. The US is still the most powerful nation, but China is increasingly coming into play, while other players also want to join in," Larsson wrote, stressing that neither China nor Russia have the ambition to spread Communism or any brand of "Putinism" around the globe.

Larsson described Russia as "suffering from phantom pain" due to the disintegration of the USSR, which is why the Kremlin is primarily interested in its own neighborhood to ensure that Russian interests are secure.

In the current climate, Larsson argued, it would be very useful to study the history of events that triggered the outbreak of WWI, which he described as "weeks of misinterpreted signals and escalated threats."

"None of those who have a living memory about that conflict or how it started have survived to these times. Let's hope that [those in power] will not 'fall asleep at the wheel' once again," Larsson summed up, stressing that the death toll from WWI amounted to 20 million lives.

Mats Larsson has worked for the Expressen for several decades, he is the newspaper's former correspondent in New York and Beijing.