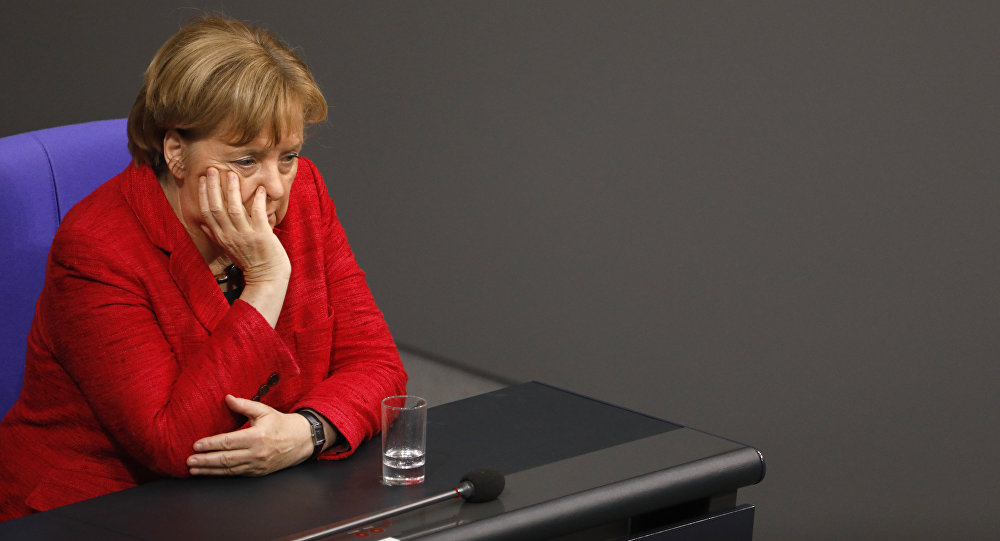 Not Christian Enough for Christian Union? Merkel Faces Coup Within Her Party

A traditionalist branch of the German Christian Democratic Union wants to throw over their longtime leader, Chancellor Angela Merkel. They are to begin with a “conservative manifesto,” demanding a return to Christian values.

The conservative members of the Christian Democratic Union (CDU) demanded to change the party course towards a more traditional path from the current CDU leadership, first of all Angela Merkel. The inner-party movement “The Union of Values” outlines their terms in a special “Conservative Manifesto.“ The group is to accept it during an all-country meeting of the movement on April 7. The union within the party insists on returning to policies in accordance with Christian beliefs and giving up centrist guidelines.

The spirit of the manifesto can be felt from the demands the “The Union of Values” has published on their website.

In the EU-policy, the CDU inner-opposition demands that no more rescue measures for struggling European economies should take place and all countries should strictly follow the stability criteria. The union also rejects any possibility of Turkey’s joining the EU.

The UoV also insists on a stricter border and migration stance, proclaiming assimilation the key goal instead of integration. The want to create transit zones for migrants, deporting those who come illegally across the Mediterranean, as well as those who were denied asylum status or committed crimes, as well as unified standards for asylum seekers in all EU-members. They state that the migrant policy should be oriented toward more qualified newcomers, who can contribute to the German labor market and economy.

At the same time the conservative faction calls for consequential measures against all kinds of extremists, belonging to religious as well as left and right doctrines.

The anti-Merkel branch of the CDU also wants changes to the education system and family policies, making them compliant with Christian values. So, they demand early sexual education at schools to be abolished and call for better financial support of families.

The movement leader, Alexander Mitsch, from the southern state of Baden-Wurttemberg, in the interview with FAZ, said, “The family is a cell of the society, and it does Germany good, if we are oriented to the notion of a family. For us it’s clearly: a man, a woman and a child.”

One of the key goals for the movement is the resignation of Angela Merkel, who’s led the party since 2000. Mitsch blames her for the party's decline with the worst federal election result since 1949, which contributed significantly to the success of the right-wing Alternative for Germany (the AfD). He insists that she must go as the CDU leader during the autumn party assembly.

“At the federal party conference in autumn, Angela Merkel must clear the way and remove her candidature from the vote for the party leader. She could stay the chancellor, but not the party leader. This would give the CDU fresh air to breathe and also help to smooth the way for a new candidate in the next federal election,” Mitsch told FAZ.