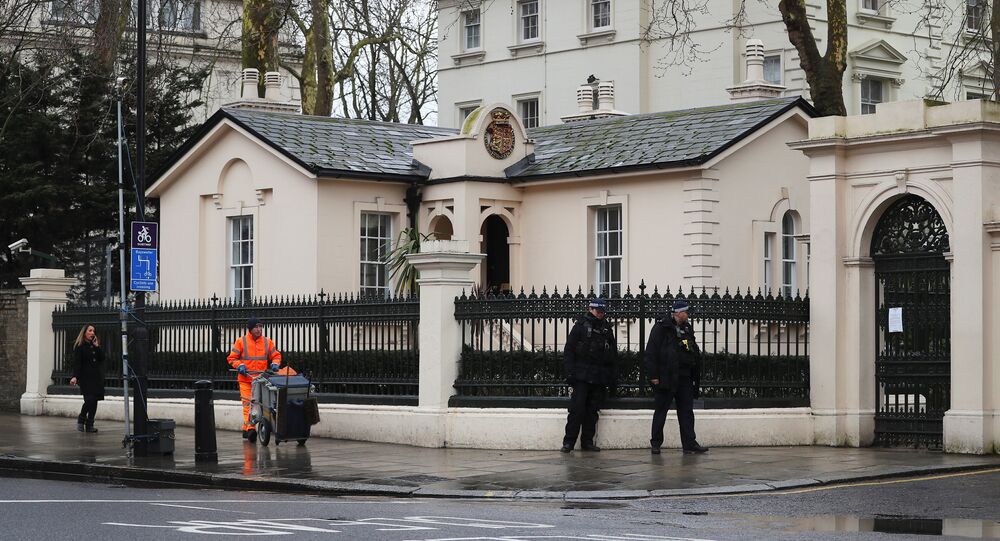 LONDON (Sputnik) - The UK Foreign Office has confirmed that it received the request from the Russian Ambassador for meeting with Johnson, it will respond in due course.

The Russian Embassy in London has delivered a note to the UK Foreign Office requesting a meeting with Foreign Secretary Boris Johnson in order to discuss the investigation into the Salisbury poisoning incident, the embassy's press service told Sputnik.

"It is high time to hold a meeting between [Russian] Ambassador Alexander Yakovenko and UK Foreign Secretary Boris Johnson to discuss the entire complex of bilateral relations as well as the investigation into the Salisbury incident. In this regard, Yakovenko has sent a personal note to Johnson," the embassy's press service diplomat said.

He stated that at the moment the embassy was not able to provide a "satisfactory evaluation" of the current state of bilateral cooperation between the countries.

"We hope for the constructive response from the UK party and we are counting on holding of such a meeting in the near future," the diplomat emphasized.

Former Russian intelligence officer Sergei Skripal and his daughter Yulia were found unconscious in March on a bench at a shopping center in the UK city of Salisbury. The United Kingdom accused Moscow of orchestrating the attack with what UK experts claim was an A234 nerve agent. Soon after the incident, London announced the expulsion of 23 Russian diplomatic workers. Over 25 countries have since expelled Russian diplomats "in solidarity" with London.

Moscow has denied having any role in the poisoning, pointing to the lack of evidence provided by London to substantiate its accusations.