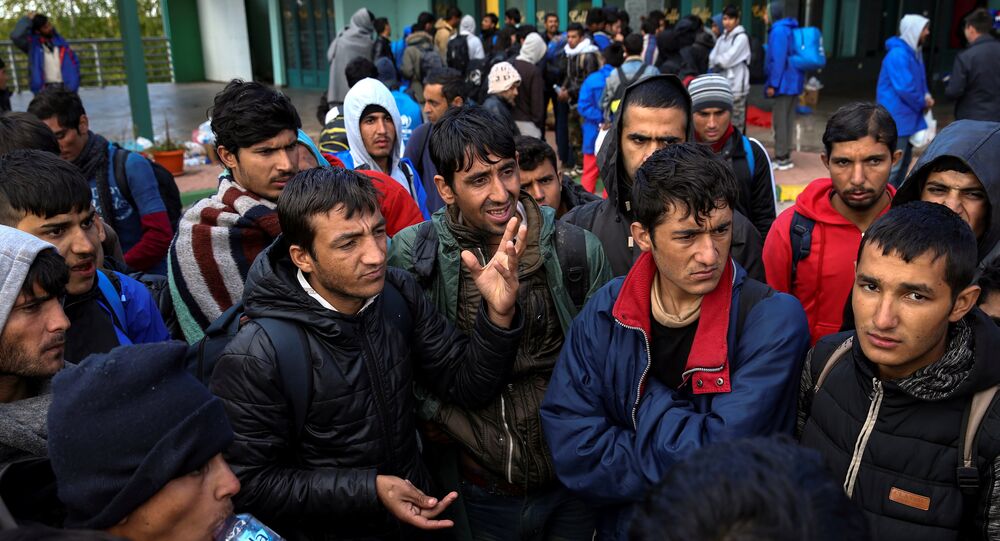 In the run-up to the general election in Hungary, Prime Minister Viktor Orban has voiced solidarity with Poland on the European migrant issue amid a row with Brussels.

"We believe Poles and Hungarians have a common path, common fight and common goal: to build and defend our homeland in the form that we like it … Christian and with national values," Orban said, adding that Warsaw can count on Budapest in its row with European authorities.

"When Poland is attacked then it is Central Europe [that is] under attack," he added.

READ MORE: Expert Explains Reason Behind Decline in Number of Migrants to Europe

In a separate statement, Poland's Law and Justice (PiS) party leader, Jaroslaw Kaczynski, endorsed Orban ahead of Sunday's election, saying that “dignity and freedom of nations is closely linked to Viktor Orban's name not just for Hungarians, but for Poles.”

© CC BY-SA 2.0 / mw238 / Presidential palace in Warsaw
EU Steps to Force Poland Accept Migrant Quotas May Prompt Warsaw Leaving Bloc - EU Lawmaker
Poland and Hungary have taken a hard line on EU-proposed migrant quotas. Orban has consistently said that "ethnic homogeneity" should be preserved in Hungary, as it is a Christian country that has no history of mass immigration.

"Brussels … wants to dilute the population of Europe and to replace it, to cast aside our culture, our way of life," he said in a speech on March 15.

European states have been hit by a massive migration crisis in recent years as thousands of people flee violence in their home countries in the Middle East and North Africa. A total of 13,355 migrants and refugees have entered Europe by sea since the beginning of 2018, according to the International Organization for Migration.