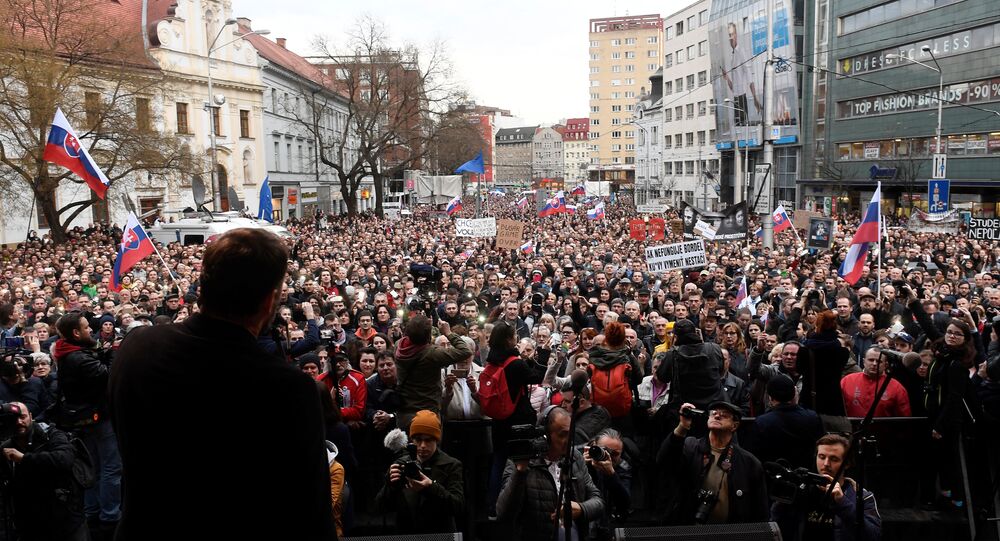 Almost 20 cities in Slovakia held rallies demanding the resignation of the head of the country's police, Tibor Gaspar, against the backdrop of a scandal over the murder of Slovak journalist Jan Kuciak and his girlfriend.

In total, 40,000 people took part in the rallies organized at the initiative of the opposition. Only in Bratislava, 30,000 citizens came to the central city square of the Slovak National Uprising.

The participants of the rallies consider Tibor Gaspar to be guilty of failing to crack down on corruption and obstruction of the investigation into the murder of Jan Kuciak. According to local media, the prime minister of Slovakia, Peter Pellegrini, refused to fire the head of police. However, the president of Slovakia, Andrej Kiska, urged to reshuffle the leadership of law enforcement.

The bodies of Jan Kuciak and his girlfriend were discovered at the end of February. Before his death, the journalist investigated the activities of an Italian mafia organization in Slovakia and its possible links with local politicians.

‘Yield to No Pressure’: Slovakia Explains Why It Won’t Expel Russian Diplomats