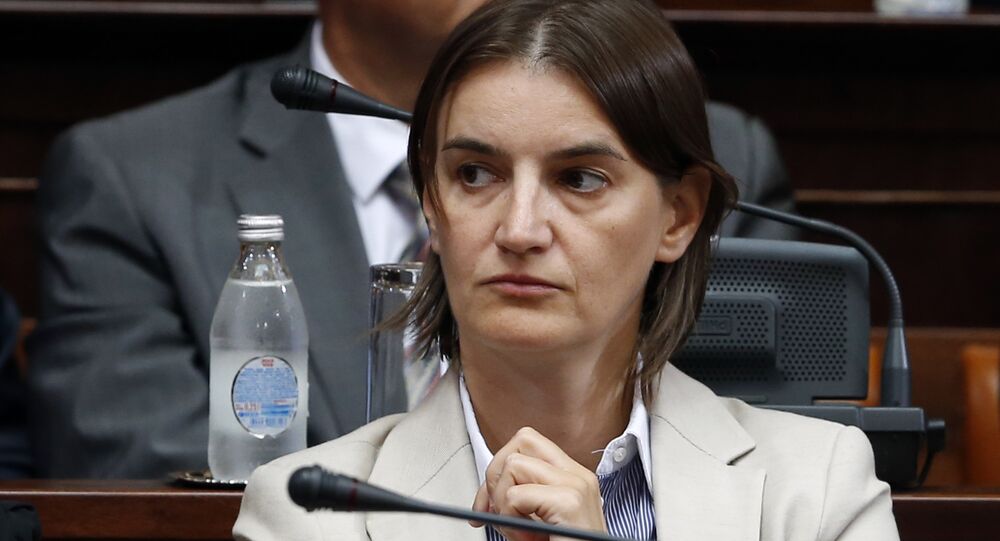 "Brnabic voiced a strong protest over the arrest of Director of the Office for Kosovo-Metohija Marko Djuric and attacks on Serbian officials, civilians and journalists by the Pristina police. She also pointed out that Serbia expects the international community to condemn the violence of the Pristina security forces," the statement reads.

Brnabic also highlighted the importance of creating the Association of Serb Municipalities in Kosovo, stressing Serbia’s readiness to pursue dialogue with Kosovo.

In turn, Palmer stressed that the United States wanted to keep the Western Balkans region peaceful and stable, expressing concern over recent incidents in Kosovo.

Tensions between Kosovo and Serbia have escalated recently in the wake of the detention and deportation of Marko Djuric. The Serbian official came to Kosovo to participate in a meeting in Kosovska Mitrovica despite the fact that Kosovo authorities banned him from doing so. According to media reports, Djuric took a bypass route instead of entering the city through one of the border crossings and was detained by Kosovo police special forces.

Djuric claimed that his arrest was a "rehearsal" for Kosovo's possible endeavour to take over northern Kosovo, where a Serbian majority live.

Later, a total of 32 people were reportedly injured as police deployed tear gas to disperse Serbs demonstrating against the detention of Djuric.

Kosovo, Serbia's former province, declared independence in 2008, but Belgrade did not recognize that decision. The arrest of Djuric damaged already tense relations between the two neighbours.