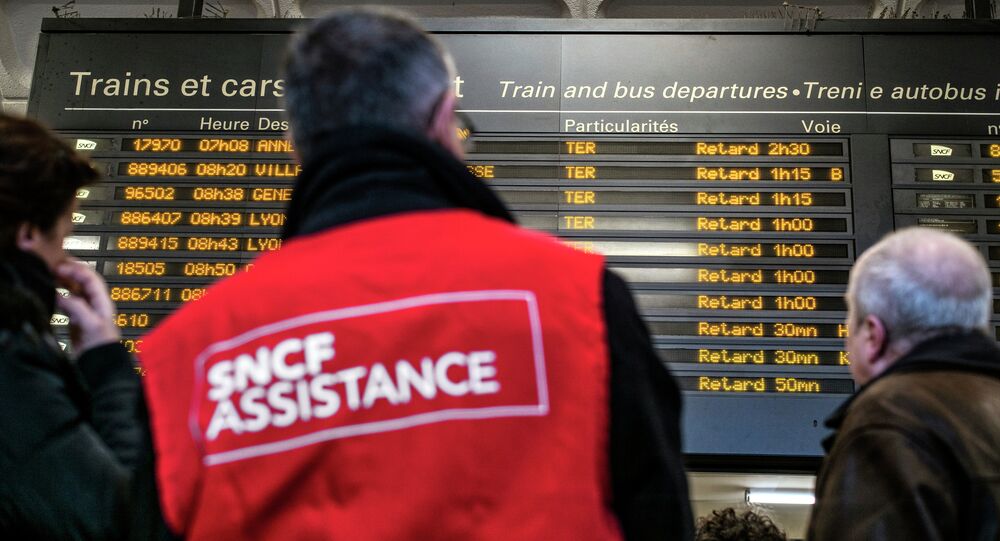 MOSCOW (Sputnik) - French Prime Minister Edouard Philippe on Thursday confirmed the government's determination to pursue the reform of the railway sector, including bringing an end to special status for staff, despite the ongoing massive strike of railway workers.

"When we announced our method and our objective, we said that a certain number of things are non-negotiable. We are going to open the railway's sector to competition. We are going to transform the organization of the company. We are going to put an end to hiring with special status. These are the decisions that have been taken," Philippe told the France Inter broadcaster.

Under the current rules, a person should be younger than 30, have a clean criminal record and successfully complete a one-year training program in order to be granted special status by the SNCF upon hiring.

© REUTERS / Jacky Naegelen
SUD Rail Union: French Transport Reform Could Cripple Whole Railway System
On Tuesday, French railway workers began a nationwide strike, which concerned high-speed long-distance trains and, in the case of the Paris agglomeration, commuter rail. The prime minister admitted that the railway workers had the right to protest, but pointed out that, at the same time, millions of French had the right to be able to get to work on trains.

In February, Philippe announced that the future employees of the state-owned SNCF railway company, which currently monopolizes the sector, would no longer be able to claim the special status of a railway worker, which gives access to some perks, including early retirement or immunity from layoffs for economic reasons.

The trade unions are planning to continue the strike intermittently until June 28, unless the government makes concessions.