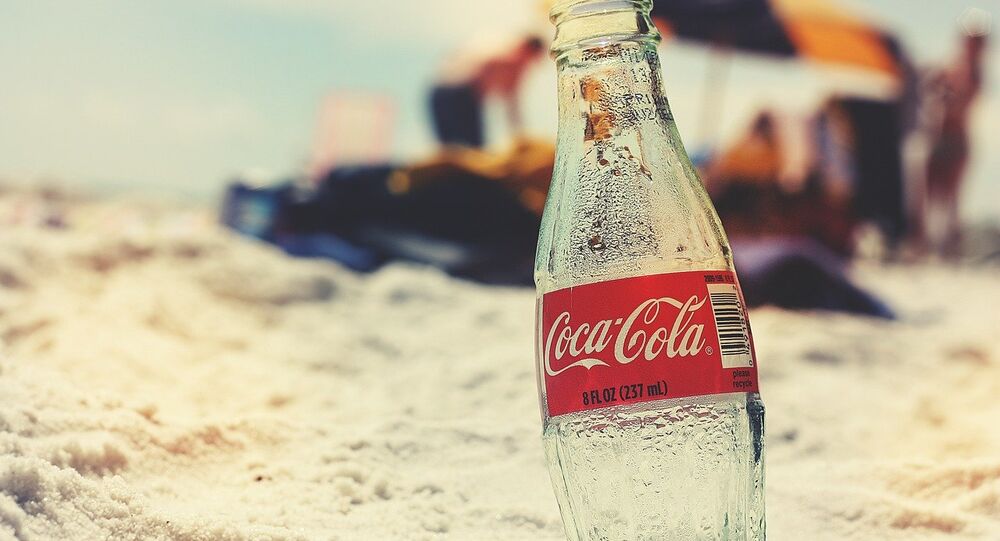 Britain is bringing in a new sugar tax in an attempt to curb the nation's obesity levels by discouraging overweight people from buying sweet drinks leaving customers with no choice but to pay more for their favorite can of pop.

Beverage companies producing soft drinks containing more than five grams of sugar per 100ml will pay a levy of US$ 25 cents to the UK's Treasury. If more than eight grams of sugar is served in a 100ml drink, the sugar tax increases to US$ 34 cents.

Old favourites including Original Pepsi and Coca-Cola Classic, which has around seven teaspoons of sugar in it — won't change their recipes — but they will attract the levy — so a can of Coke will increase by US$ 11 cents.

The British government had hopes the sugar tax would raise US$731 million (£520m) over the next year and cut the nation's obesity rate, however 50 percent of drinks manufacturers have changed their sugar formula, which isn't to all of their customers taste.

I am one of the people who will enjoy a glass of Coke or Pepsi only a few times a year… companies changing formulas to include more artificial sweeteners to escape the new #sugartax is more of a worry for me 👀🧐! #chemicals @VictoriaLIVE #victorialive #cocacola #pepsi

The Office for Budget Responsibility estimates the sugar levy will raise US$337 million (£240m) after four of Britain's major supermarkets reformulated their own label drinks to avoid the sugar tax, Tesco estimates 85 percent of its drinks will be exempt from the levy.

A Co-op spokeswoman said in a statement: "The levy is designed to be passed onto customers and drive a change in consumer behavior so, for branded soft drinks that do qualify, we will pass on the cost of the levy and the VAT."

Meanwhile Christopher Snowdon of the Institute of Economic Affairs, a registered charity, says the sugar levy "is a cynical revenue raising device", and won't help cut the rate of obesity in Britain.

"The sugar levy is a cynical revenue raising device that will clobber people on low incomes," Snowdon says in a statement.

PRESS RELEASE: "Sugar taxes have not reduced obesity rates anywhere in the world — and the UK will be no different."

"The British public are being treated like children. Thanks to the sugar levy, several iconic brands — including Ribena, Irn-Bru and Lucozade — have effectively been discontinued…millions of people are having their choices restricted by a bossy government in thrall to the fanatical ‘public health' lobby" Snowdon said.

SORRY, but I like full fat coke, I don’t like the taste of Diet Coke, so why am I being punished by 20% increase in sugar tax!?! 😡 #sugartax #cocacola

​@ODEONCinemas think it’s ridiculous how I have been charged 25p extra for a classic @CocaCola! I get the whole sugar thing but as an adult it should be my choice as to what drink I would like to drink regardless of how much sugar is in it! #sugartax

​@RibenaUK What the hell have you done, 40 years I have had Ribena and not that Lite rubbish either. Now you give us less sugar replaced by chemicals and artificial sweeteners. Man up, if I want to pay extra because of the sugar tax that is my choice. #ribena #sugartax

​@RibenaUK I’ve been drinking Ribena daily for over 50 years, and this bottle will be my last. No reformulation can mask the taste of sweeteners, I cannot drink Ribena again. It simply tastes horrible now. This is not answering consumers needs,this is simply to dodge the sugar tax

Coca-Cola Great Britain said in a statement: "There is no evidence from anywhere in the world that shows taxing soft drinks reduces obesity rates." The sugar tax, championed by British chef Jamie Oliver, appears to have left a nasty taste in many mouths.