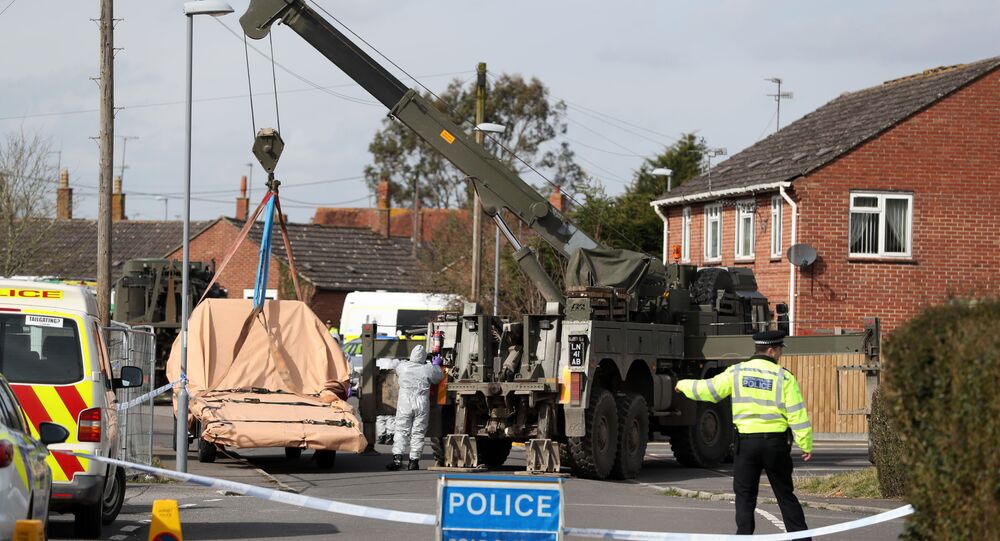 LONDON (Sputnik) - Moscow tried to undermine the independent inquiry of the Organisation for the Prohibition of Chemical Weapons (OPCW) in the Skripal poisoning case by proposing a joint UK-Russia investigation into the matter at the emergency session of the OPCW Executive Council, UK Foreign Secretary Boris Johnson said in a statement.

"The purpose of Russia’s ludicrous proposal at The Hague was clear – to undermine the independent, impartial work of the international chemical weapons watchdog. Russia has had one goal in mind since the attempted murders on UK soil through the use of a military-grade chemical weapon – to obscure the truth and confuse the public," Johnson said, as quoted by the Foreign Office.

"It seems Russia will never accept the legitimacy of any investigation into chemical weapons use unless it comes up with an answer Russia likes," Johnson added.

In its statement, the UK Foreign Office said that during the OPCW meeting, held at Moscow's request earlier on Wednesday, Russia had also called for the emergency session of the UN Security Council on the Skripal poisoning case. Moscow demanded Wednesday's OPCW Executive Council session before the organization had finalized its own probe into the matter, the document noted.

© REUTERS / Peter Nicholls
UK Foreign Office Refused to Provide Russia Samples of Nerve Agent Used to Poison Skripal - Russian Embassy
Earlier in the day, OPCW Russian permanent representative Alexander Shulgin stated that Russia, Iran and China presented the OPCW with a proposal for a joint investigation into the Skripal case. This project envisioned a joint probe by Russia and the UK, as well as the clarification of all issues related to accusations directed against Moscow by London. The three countries called on the OPCW's executive council to instruct the director of the organization's technical secretariat to take all necessary measures to establish such joint work. The proposal called for a very important role to be assigned tothe OPCW Director-General Ahmet Uzumcu to help find the truth surrounding the Skripal poisoning.

Meanwhile, Uzumcu said in his address to the organization’s Executive Council that the results of the analysis of the samples its experts collected in Salisbury at London's request would be available by early next week. The OPCW will subsequently write a report on the analysis results and share it with the United Kingdom.

The Russian embassy in the United Kingdom stated that the UK Foreign Office had refused to share with Russia the samples of the substance allegedly used for the Skripal's poisoning, along with the failure to respond Moscow's inquiries on his treatment.

© Sputnik / Vladimir Pesnya
Russia Expels One Belgian Diplomat in Response Over Skripal Case
Sergei Skripal, a former Russian intelligence officer who then worked for UK MI6, and his daughter Yulia, were found senseless on a bench in the UK city of Salisbury. As the UK government has alleged, the Skripals were exposed to the A-234 nerve agent, supposedly related to the Novichok-class nerve agents developed in the Soviet Union.

Following the incident, British Prime Minister Theresa May stated that Russia was "highly likely" responsible for the attack on the Skripals and expelled 23 Russian diplomats. Expressing their solidarity with the UK position on the issue, more than two dozen countries expelled more than 150 Russian diplomats over the Skripal case.