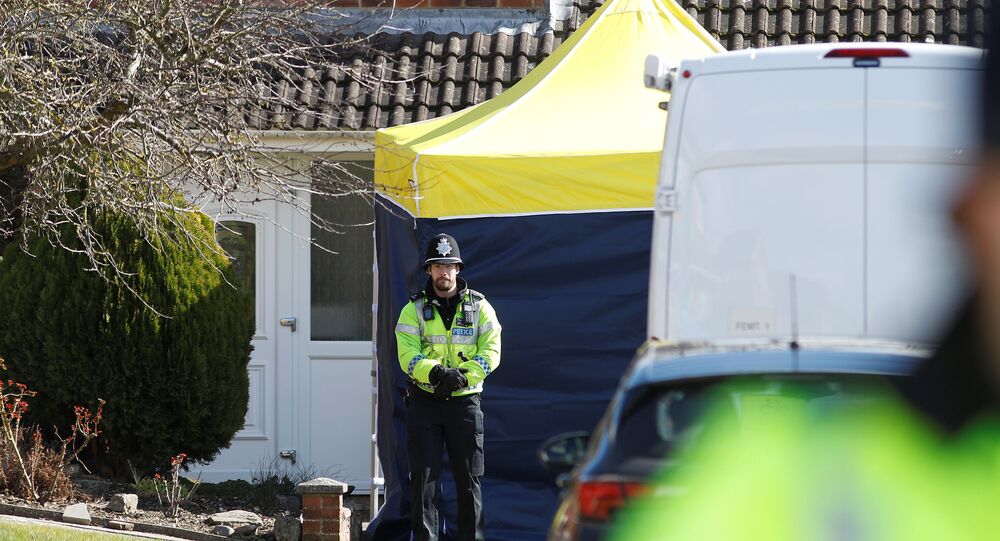 While the former Russian intelligence officer remains in critical condition following an alleged nerve gas attack, Moscow is attempting to conduct a thorough investigation into the incident.

According to Organization for the Prohibition of Chemical Weapons Russian permanent representative Alexander Shulgin, London has attempted to use the international body to support the results of its own investigation.

"Contrary to the protocol of action prescribed in the Convention on the Prohibition of Chemical Weapons, our British partners, using procedural tricks, requested technical assistance from the OPCW's technical secretariat in order confirm via independent expertise the results of their national investigation," Shulgin said, speaking at a press conference in The Hague following a meeting of the OPCW executive council.

© REUTERS / Henry Nicholls
Russia's Offer for Joint Probe Into Skripal Case 'Perverse' - UK OPCW Delegation
At the same time, the official complained that "Russia, as well as other states which are members of the executive committee have been pushed aside from this investigation."

Russia, Iran and China presented the OPCW with a proposal for a joint investigation into the Skripal case, Shulgin said. This project envisioned a joint probe by Russia and the UK, as well as the clarification of all issues related to accusations directed against Moscow by London. The three countries called on the OPCW's executive council to instruct the director of the organization's technical secretariat to take all necessary measures to establish such joint work. The proposal called for a very important role to be assigned to technical secretariat director Ahmet Uzumcu to help find the truth surrounding the Skripal poisoning.

Unfortunately, Moscow's proposals for such a joint investigation into the Skripal case were not met with support from Russia's Western partners. On the contrary, Shulgin said, Western countries attempted to upset the normal progress of the OPCW session in the Skripal case, resorting to "slanderous attacks on the Russian Federation."

© REUTERS / Nicolaci da Costa
Johnson Has ‘Egg on His Face’ for Groundless Claims on Russia - Corbyn
The Russian, Iranian and Chinese proposal failed to get the necessary two-thirds support for the draft proposal to pass. However, 23 countries either supported the Russian-Iranian-Chinese initiative, or abstained from voting. Shulgin stressed that this was over half of the body's executive board. The United States, the European Union,  and the US's allies in Asia stepped out against the idea.

Shulgin emphasized that Russia would accept the results of any national or international investigation into the Skripal case so long as it includes Russian experts, is transparent, and based on provable facts.

Russian ex-spy Sergei Skripal and his daughter Yulia were hospitalized in Salisbury, southern England on March 4 following what is thought to be a chemical attack involving the A-234 nerve agent. Sergei Skripal remains in critical condition; Yulia Skripal has awakened from a coma and is making a recovery. London blamed Moscow for the attack and initiated a series of measures, including the expulsion of 23 Russian diplomats and the freeze of bilateral contacts. Russia has denied the British government's allegations, saying claims of Russian involvement are unsubstantiated.