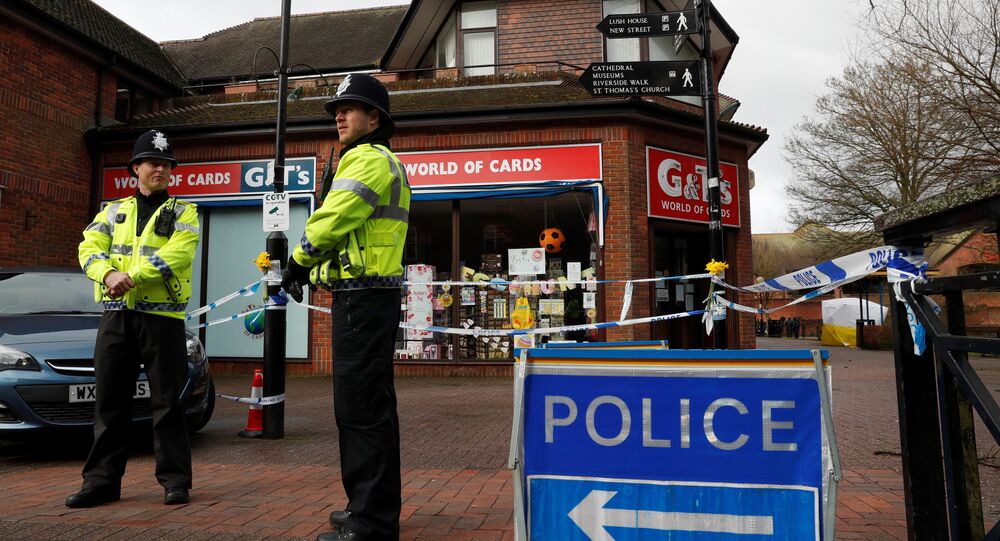 Specialists from Britain's military research center at Porton Down have been unable to identify the precise source of the nerve agent that was used to poison former Russian intelligence agent Sergei Skripal and his daughter. It seems that London's version of Moscow's involvement in the Skripal case is crumbling to pieces.

Olivier Lepick, a European expert on chemical, biological and nuclear weapons, has confirmed in an interview with the TV network RTBF that the poisonous substance, which was allegedly used to poison Russian ex-spy Sergei Skripal and his daughter, could have been produced in a number of countries, including the United States, Britain and France.

"One cannot reject the version that the Novichok* may have been produced by another country [rather than Russia]," Lepick said.

He referred to the 1990s, when he said "rumors about this chemical warfare agent reached specialized circles and experts," prompting intelligence services in some countries to cooperate with them.

Citing the US, the UK and France, Lepick said that "they probably know the Novichok and the way of its manufacturing" and that they "probably produced several tens of grams" of this toxic substance.

His remarks came after Gary Aitkenhead, chief executive of the Defense Science and Technology Laboratory at Porton Down, said that they had not been able to prove that the nerve agent, allegedly used in the Skripal poisoning, was made in Russia, according to Sky News.

"We were able to identify it as Novichok, to identify that it was a military-grade nerve agent. We have not identified the precise source, but we have provided the scientific info to the government, which had then used a number of other sources to piece together the conclusions you have come to," he noted.

Russian President Vladimir Putin, for his part, said on Tuesday that such poisonous substances could be produced in at least 20 countries.

© REUTERS / Peter Nicholls
Skripal in Stable Critical Condition, Daughter is Stable – UK Health Service
Relations between the UK and Russia have seriously deteriorated after British Prime Minister Theresa May accused Moscow of organizing the poisoning of Sergei Skripal and his daughter Yulia in Britain's Salisbury on March 4.

May expelled 23 Russian diplomats as a punitive measure, with the US, Canada and Ukraine, as well as about 20 European countries, supporting the UK claims and expelling more than 150 Russian diplomats.

In a tit-for-tat move, Moscow also expelled Western diplomats and ordered the British Council to stop its activities in Russia. The Russian side vehemently rejects all the accusations over the Skripal case, calling for a joint probe into the matter.

*a nerve agent commonly known as A-234