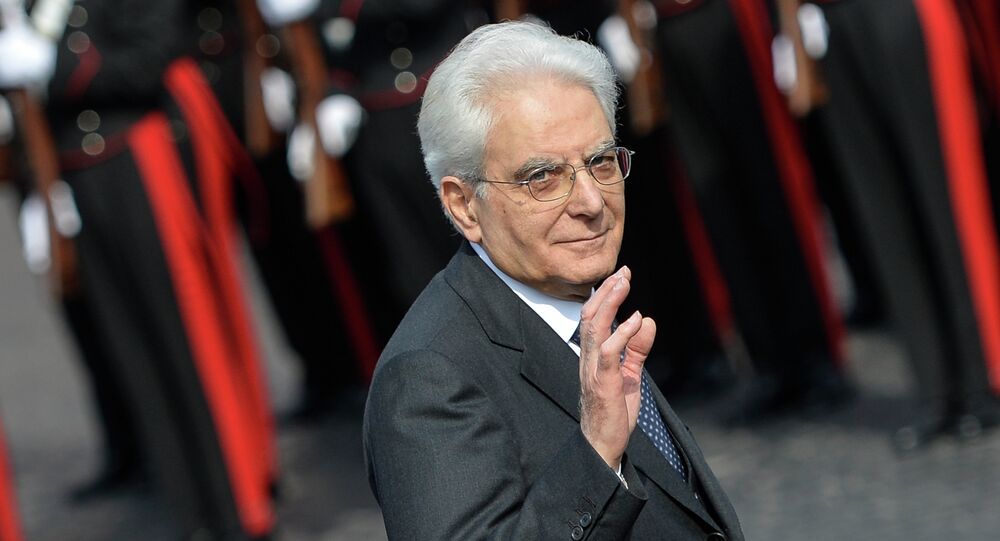 President of the Italian Senate Maria Elisabetta Casellati was the first to arrive at the Quirinal Palace to discuss the issue of new government appointments with Mattarella. Later in the day, the Italian leader will meet separately with President of the Chamber of Deputies Roberto Fico and former President Giorgio Napolitano.

During the second round of talks, which will take place on Thursday, the Mattarella will meet with the heads of the country’s leading political parties: the Democratic Party (PD), Forza Italia, Lega and the Five Star Movement (M5S). The president, who has the right to appoint the prime minister under Article 92 of the Italian Constitution, will be briefed on the parties' political agendas and possible alliances to form the parliamentary majority.

© Sputnik / Alexander Galperin
Italian Musician Mastrangelo Praises Russian Election, Voting for Next President
Italy's March parliamentary election resulted in the anti-establishment M5S securing more than 32 percent of the vote. The center-right coalition, consisting of anti-immigrant eurosceptic Lega Nord, run by Matteo Salvini, center-right Forza Italia, run by former Prime Minister Silvio Berlusconi, and Brothers of Italy, got 37 percent of the vote. The ruling PD won slightly over 20 percent of the vote. While the center-right coalition got a narrow edge over its main contender — the M5S — the latter still turned out to be the most popular individual party.

With no party getting an absolute majority, experts have labeled the current situation a political deadlock and said that Mattarella would most likely need another round of talks to name the new prime minister.

Italian Journalist: ‘I Feel Deep Shame for the Behavior of the West Today’