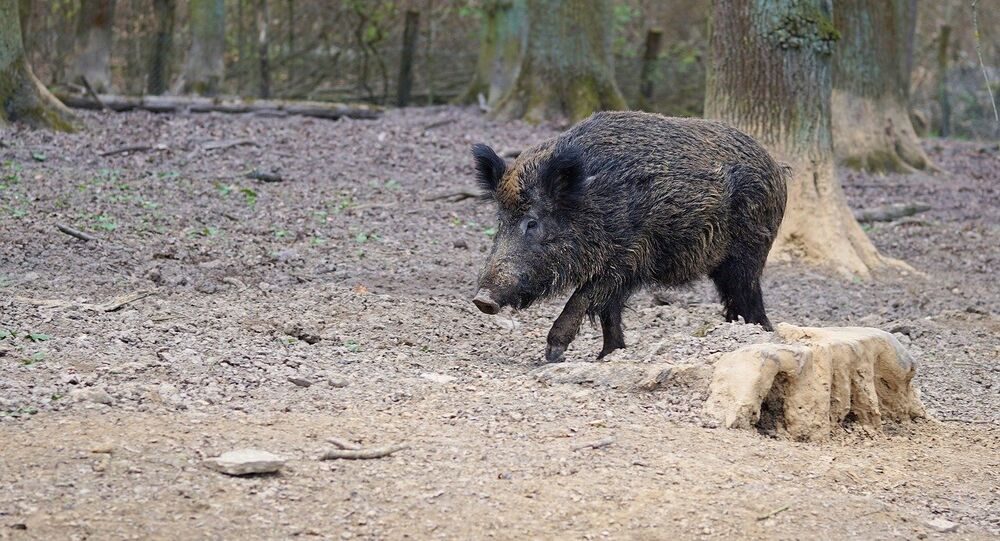 The 1.5 meter high, 70 kilometer long fence lobbied for by government officials and local famers, is intended to protect Denmark's billion dollar export of pork, yet has polarized the Nordic nation.

In order keep the dreaded African swine fever out of Denmark, the nation's government officials and the Danish People Party have proposed building a giant fence in the southern part of the country along the border with Germany in order to keep off infected wild boars, Danish Radio reported. Officials suggest the spread of the disease could potentially undermine one of Denmark's foremost export articles.

"With a pork export of DKK 11 billion [$1.9 billion] at stake, it is very important that we do everything we can to prevent the African swine fever on Danish soil. I am convinced that the local landowners are ready to help," Environment and Food Minister Esben Lunde Larsen said.

The fence will be approximately 70 kilometers long and 1.5 meters high, with pylons dug approximately 50 meters into the ground. Gateways for passengers and motorists will be set up at border crossings for road traffic to continue unobstructed, in accordance with the Schengen treaty. The cost of the fence has been estimated at DKK 80 million ($13.3 million).

​Local pig farmers welcomed the fence as an effective countermeasure for minimizing the risks. Farm owner and LandboSyd vice chairman Torben Lei ventured that the prospect of allowing the African swine fever would be "much more expensive," whereas LandboSyd chairman Mogens Dall called the measure a "necessary evil."

Hunters, game wardens and wildlife activists, on the other hand, voiced their protests, as the fence would inevitably harm traditional habitats and the thousand-year-old migration routes of numerous species, adversely affecting biodiversity. Renowned hunter and author of several books on hunting Hans Kristensen argued that the costly fence would be ultimately rendered useless by boars' swimming skills.

"They are good swimmers and are known to have crossed waters more than twice as wide as the Flensburg Firth," Kristensen told Danish Radio.

The Flensburg Firth is the westernmost inlet of the Baltic Sea, separating Denmark and Germany. It is 50 kilometers long, and its width varies between two and four kilometers.

​At a recent meeting with local activists, Environment and Food Minister Esben Lunde Larsen admitted that the government didn't plan for the fence to continue in Danish territorial waters, assuring that no deep-water mines were planned either, TVSyd reported.

The fence will take four to five years to build, the Danish government estimates. Lunde Larsen ventured that its construction could be eventually sped up.

African swine fever can affect both domestic pigs and wild boars, whereas humans are not affected by the disease. Previously, the disease was encountered in Poland and the Baltic states.

In the 1880s, Australia built the pest-exclusion Dingo Fence to keep wild dogs out of the fertile part of the continent and protect sheep flocks. At 5,614 kilometers, it is one of the longest structures in the world. However, it has been only partly successful, as holes in the fence still allowed the dingoes to seep through.