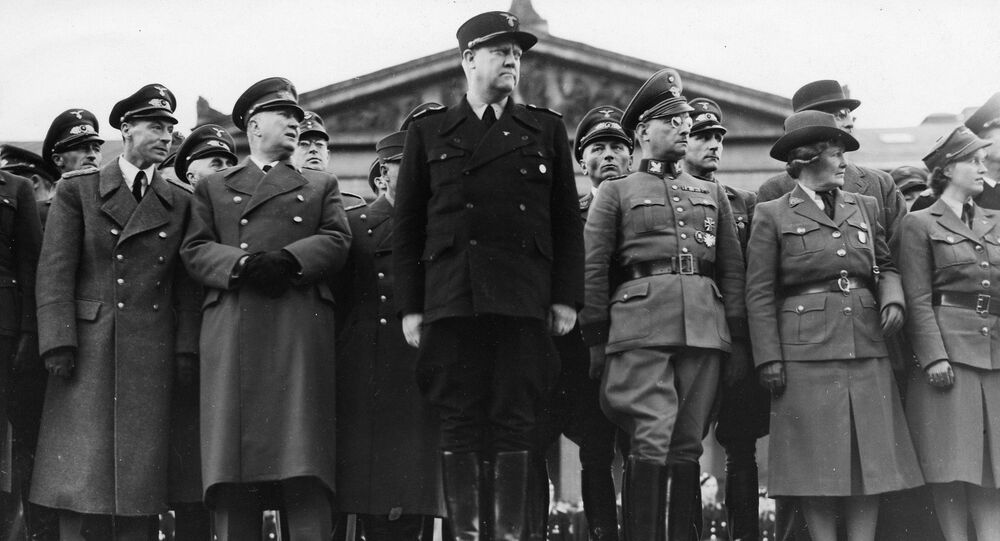 Israeli ambassador Raphael Schutz has incited Norwegians politicians from both right and left after comparing one of the numerous Norwegians critics of Israel's policies with the Nordic nation's infamous Nazi traitor during WW2.

Both the ruling Conservative Party and its left-wing rivals, the Socialist Left and the Reds, have expressed indignation following the Israeli ambassador's choice of words in his dispute with critics of the recent incident in the Middle East, where Israeli soldiers opened fire against protesters in the Gaza strip, leaving 17 dead and more than 1,400 wounded.

Following the Israeli crackdown, the Facebook page of the Israeli embassy was flooded with Norwegian criticism, to which Schutz didn't hesitate to use strong language as a response. In his harsh debate with Ola Ingvald Hansen of Norway's Palestine Committee, who recollected Norway having "freedom fighters of its own" during WW2, Schutz accused Hansen of "lies and pure anti-Semitism." This, he argued, was to be expected from "a Quisling descendant." Vidkun Quisling, the leader of the puppet state during the Nazi occupation of Norway, later became synonymous with "traitor" in Scandinavia.

Schutz went on to venture that Norway was part of a "civilization that persecuted Jews for centuries and cooperated with the Nazis" and was today acting accordingly by "declaring the only Jewish safe haven illegal."

Reacting to further comments from Norwegians, Schutz ventured that the Nordic country deserves to be reminded about the "dark pages of its recent history," adding "sorry for not meeting your criteria for being a good diplomat."

"The Israeli ambassador's comment is both misplaced and crosses the line for the acceptable in a professional exchange of opinion," Michael Tetzschner, who leads the ruling Conservative Party's foreign affairs group and parliamentary defense committee, told the Norwegian daily Verdens Gang. Tetzschner also stressed that Quisling and his followers were "political outsiders before, during and after the war," suggesting he hardly exemplified the Norwegian nation.

"This is how the Israeli ambassador answers when the policy of shooting unarmed youth gets criticized. Anyone who disagrees with his politics is stamped as a terrorist. It is not democratic and it is unacceptable," Andersen tweeted.

The Reds, who made their parliamentary debut during the latest election, didn't mince words either when they called for the expulsion of the Israeli diplomat.

"We want to expel the Israeli diplomat in response to the slaughter of Palestinian civilians," the Reds tweeted.

​In the aftermath of the row, Schutz claimed he was misquoted by the daily news publication Dagbladet, stressing that he never said that ALL Norwegians were descendants of Quisling, as was stated by the newspaper. However, he added that it was safe to say that more Norwegians collaborated with the Nazis during WW2 than worked to save Jews.

Vidkun Quisling was the nominal head of the Norwegian state during the Nazi occupation. During the legal purge of Norway after WW2, he was found guilty of treason and sentenced to execution by firing squad. The word "quisling" is therefore seen as a synonym for "turncoat" in Norwegian and several other languages, reflecting the poor light in which his legacy is seen.

​"Pulling the Quisling card on Norwegians is a certain way of losing sympathy for any cause — however just it might be. In fact, I reckon it is liken to an argumentative suicide, if such a thing exists. Please understand — comparing Norwegians to Quisling is simply the biggest faux pas possible in this country," user Jo Kleivan pointed out on Schutz's Facebook page.

​The shootings in Gaza have triggered criticism from the EU and the UN, while Israel rejected international calls for an investigation into the incident.