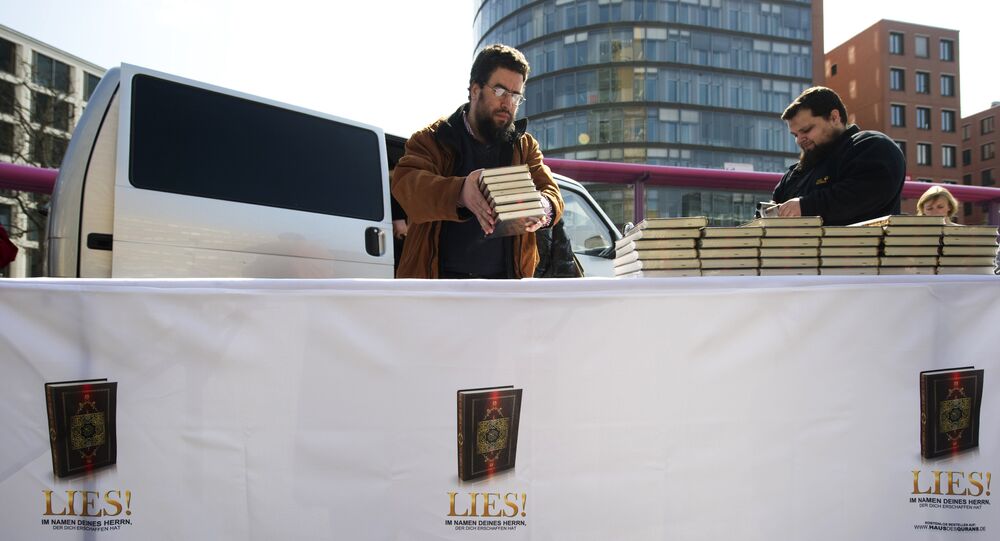 Number of Salafists Doubles in Germany in Five Years – Report

About 11 thousand followers of an ultra-conservative sub-sect of Islam, including many who have been flagged as potential jihadists, live in Germany now. The most rapid growth of Salafism has been registered in the nation's most populous cities: Berlin and Hamburg.

The number of Salafists residing in Germany continues to grow, according to a report published by the German newspaper Tagesspiegel, which cited regional security statistics. While in 2013 it was reported that about 5,500 radical Islamists in Germany, by the first quarter of this year this number had grown  to 11,000. This number has increased steadily; the head of the Service for the Protection of the Constitution (BfV)Hans-Georg Maassen told the press last December that Germany had witnessed  a record-high 10 800 followers of this radical branch of Islam.

Germany's largest cities, Berlin and Hamburg, had a big share in the overall number of Salafists among the country's 'lander' or states, and radical Islam has become very popular there.  Of the 798 Salafists living in Hamburg, 434 have been classified by the security services as jihadists or potentially violent.

The states in the former Eastern Germany have also seen higher figures, as the interior minister of Brandenburg reports about 100 Salafists in 2018, compared with 20 radicals in 2016.

However, some regions compared favorably with the nationwide tendency; the most populated Germany state, North Rhine-Westphalia, while home to 3,000 Salafists, hasn't seen their number grow since 2017.

Salafism is an ultra-conservative branch of Sunni Islam which has been adopted by Daesh* as an ideology. The belief system rejects modern Western values and condemns those they consider to be “disbelievers,” advocating a return to the "original ways of Islam" and the implementation ofS (Islamic law). Some of these beliefs underscore the basis for Salafi jihdism.

READ MORE: 'I Was a Salafist': Why Young Germans Radicalize and How to Prevent It

According to the December’s report by Tagesspiegel, about 90 percent of Salafists in Germany are men; their average age is 33.9. Their number also includes younger women, who primarily function as housewives and ideological propagandists.
Many Salafists have been involved in the movement longer due to the level of community support, as reflected in the group's mosques, clothing shops and grocery stores, the report found.

Some German Salafists have been linked to Daesh groups. In 2016 the radical Salafist preacher Abu Walaa was arrested for allegedly recruiting militants for the terrorists and running a nationwide Salafi-jihadi network.

Later it was revealed that he held secret jihad seminars, attended by Daesh member Anis Amri, who stole a truck and drove it into a crowd at the Christmas market in Berlin in 2017, killing 12 people and injuring 48 others, the magazine Focus-Online reported.

This and other attacks across Europe as well as the rise of Islamic radicalism on its soil have put German security services on high alert. In 2017, a total of 1,200 terror-related cases were opened, with some 1,000 of them linked to Islamism. By contrast, in 2016, Germany's Public Prosecutor General opened only 250 terror-related cases, with some 200 of them dealing with Islamism.

How Can Germany Manage Its 10,000 Strong Population of Salafists?