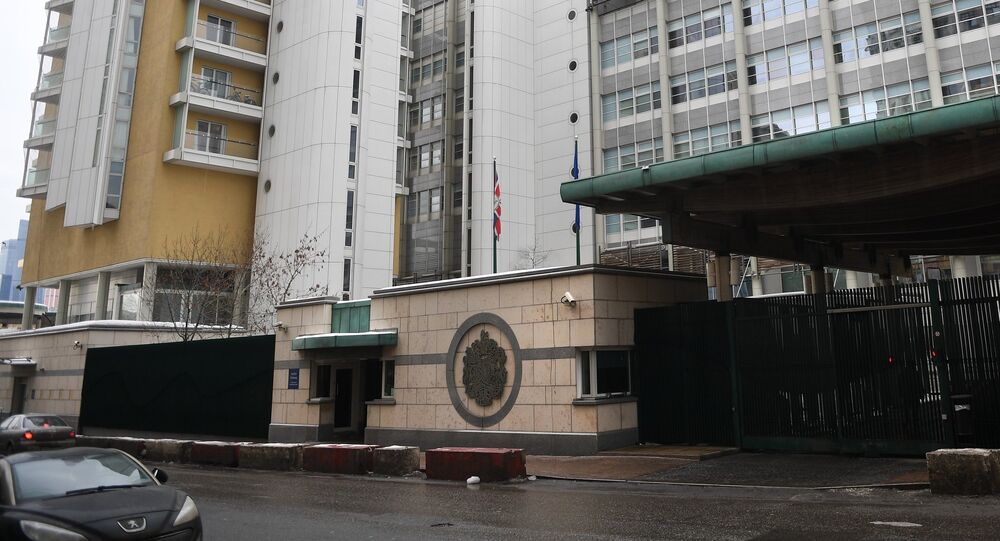 MOSCOW (Sputnik) - The UK Embassy in Russia has refused to comment on the request of the Russian side to cut its diplomatic staff by more than 50 people amid the controversy caused by the so-called Skripal case.

"We never name and never confirm the figures on the number of UK diplomatic personnel in Russia," the press service told Sputnik.

The comment was made in wake of Saturday's statement by Russian Foreign Ministry spokeswoman Maria Zakharova, saying that more than 50 diplomats and staff members of the UK diplomatic mission in Russia would have to return to the United Kingdom in order to maintain the parity in the number of diplomatic personnel of the two countries.

The relations between Russia and the United Kingdom have deteriorated drastically over the past several weeks in light of the poisoning of former Russian spy Sergei Skripal and his daughter in the United Kingdom. UK experts say that the Skripals were exposed to A234 nerve agent allegedly belonging to the "Novichok" group of nerve agents developed in the Soviet Union.

UK Prime Minister Theresa May has accused Russia of orchestrating the attack and expelled 23 Russian diplomats. Moscow responded reciprocally, expelling the same number of British diplomats. The Russian side has repeatedly refuted any involvement in the Skripal poisoning and has already issued a list of questions to London on the details of the incident.

Almost 30 countries, including numerous EU member states, the United States, Canada, Albania, Norway and Ukraine, have announced their decisions to collectively expel over 150 Russian diplomats as a sign of solidarity with London on the Skripal case. Russia has already adopted a reciprocal response by ordering an equivalent number of diplomats out with regard to each of the countries.