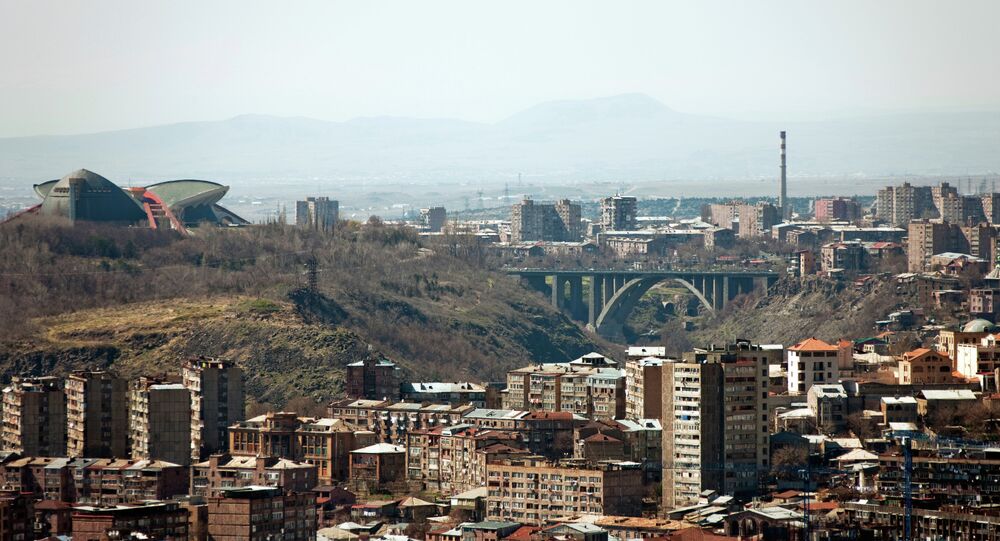 The explosion occurred on Monday evening in Burger King restaurant on the Northern Avenue in the center of Yerevan, injuring several people, the press service of the Armenian Ministry of Emergency Situations reported.

"On April 2, at 20.44 local time (19.44 Moscow time), we received a signal that there was an explosion on the Northern Avenue in Yerevan; there are victims, and they need assistance," the Armenian Ministry of Emergency Situations said in a statement.

Seven people, including foreign citizens, have been injured in an oxygen cylinder explosion, that took place at Burger King restaurant opened about two months ago, according to the ministry.

"According to preliminary data, an oxygen cylinder has exploded in the Northern Avenue in Yerevan. Nine people were injured, among them foreign citizens. They were taken to the St. Grigor medical center," the press service informed.

Four teams of firefighters have arrived at the scene.

"The investigative committee of the capital districts of Kentron and Nork-Marash is working at the scene. The circumstances of the incident are being clarified," adviser to the chief of the Investigative Committee of Armenia Sona Truzyan said.