He has criticized the Holocaust Law, which criminalizes blaming the Polish nation for Nazi atrocities, as a “legislative failure” and a “political mistake.”

The Holocaust Law, which was declared partially unconstitutional by the Polish attorney general’s office, has soured Warsaw’s relations with Israel and has been criticized by the United States and Ukraine.

“It’s contrary to our aims and defending Poland’s good name has become impossible. On the contrary, the law has prompted a lot of criticism of Poland,” Komorowski said when interviewed by Channel 10 News for a television feature about the hundreds of Polish Jews who were locked up in a barn and burned alive by their Polish neighbors in the village of Jedwabne in July 1941.

During a July 11, 2011 ceremony to mark the 70th anniversary of the Jedwabne massacre, Komorowski, who was then president, apologized for the 1941 atrocity. 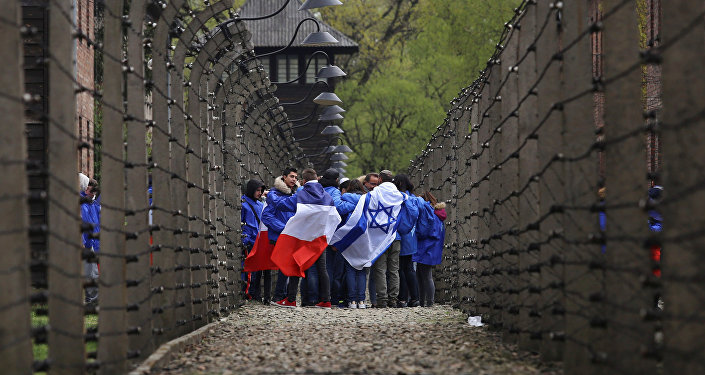 © REUTERS / Agencja Gazeta/Jakub Porzycki
US Reportedly Suspends Contacts With Senior Polish Officials Over Holocaust Law
The public apology seriously undermined Komorowski’s chances for re-election with his conservative rival Andrzej Duda accusing him during the 2015 presidential campaign debate of “distorting the historical truth through lying about a subject that is so sensitive for us.”

“The road to hell is paved with good intentions,” Komorowski told Channel 10 News, adding that he also had in mind the Holocaust Law.

The Holocaust Law, signed by President Duda in February 2018, makes it illegal to accuse the Polish nation or state of complicity in the Nazi genocide of Jews and sets fines or a maximum three-year jail term as punishment.