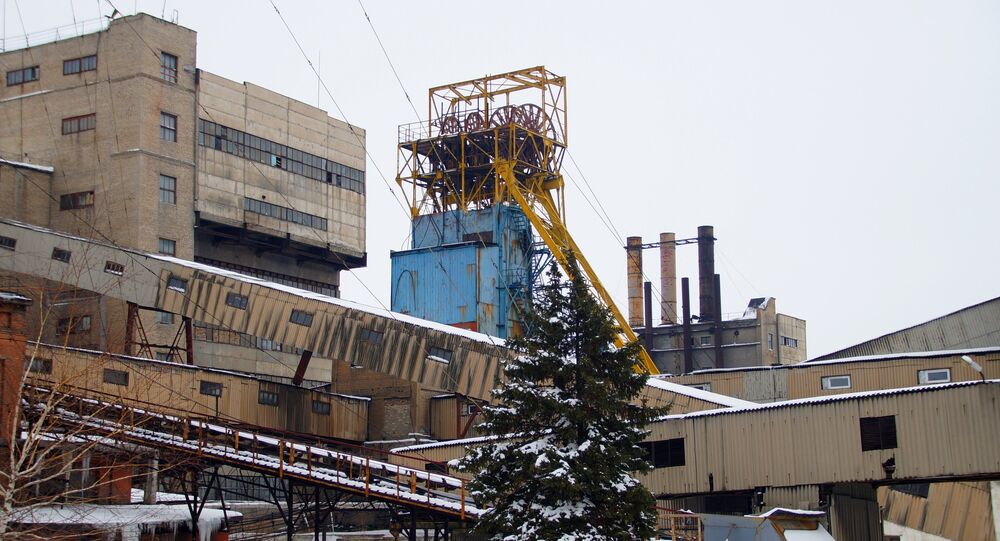 Several occasions have already occurred in Ukraine when miners were trapped below ground as result of an intentional blackout.

The Ukrainian energy service has shut down power at coal mines on the territory of the Lugansk region, seeking independence, but officially controlled by the Ukrainian authorities, head of the non-governmental miners union Mikhail Volynets said Monday.

"A critical situation with power has occurred at coal mines, belonging to the Ministry of Energy and Coal Mining of Ukraine. Today, on April 2, a state department 'Regional Electrical Services' shut down the mines of Pervomayskugol company in the Lugansk region," Volynets wrote on his Facebook.

The official noted that some 240 miners remained underground as result of the blackout.

"The situation is critical, even elevators in mine shafts don't work. At the same, some 240 miners remain 1, 000 meters below ground at the 'Gorskaya' mine," Volynets added.

The official further noted that the power that had been pumped to the mine via a reserve cable was sufficient only to maintain aeration and water pumping.

According to the press-service of the Ukrainian Emergency Service, the emergency response group has begun a rescue operation to rescue the miners from below the ground.