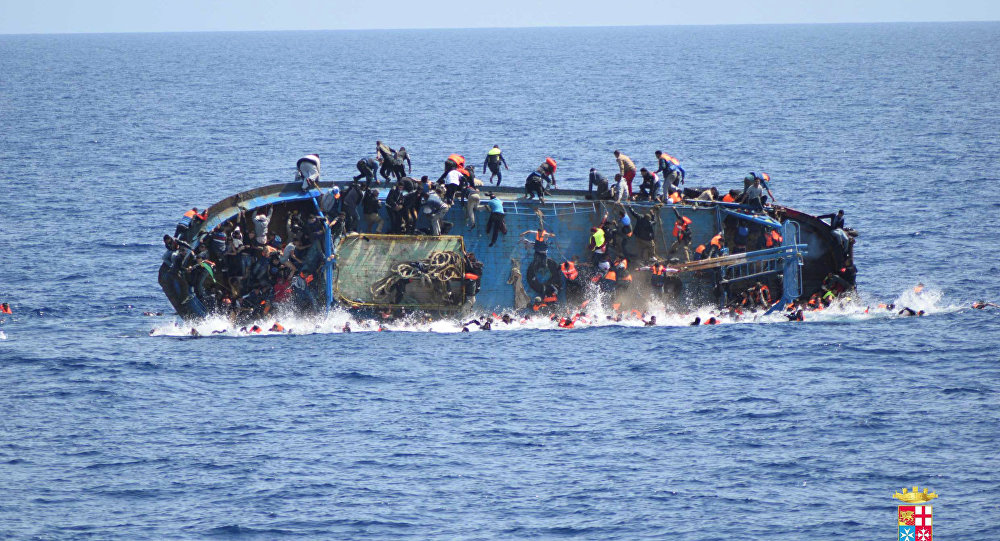 MADRID (Sputnik) - At least four undocumented migrants have died as a result of a boat capsizing off the Spanish coast, while the rescuers are searching for seven more people, the Spanish Maritime Safety and Rescue Society (SASEMAR) said Sunday.

According to the SASEMAR, the rescuers have found a boat Strait of Gibraltar with one person and two bodies and later found two more dead migrants.

The survivor told the rescuers that there were a total of 12 people in the boat, the rescue society added.

© AFP 2019 / ANGELOS TZORTZINIS
At Least 16 Died as Boat With Migrants Capsizes Off Greek Island - Reports
The world has been seriously influenced by a large-scale migration crisis in recent years and Europe is one of the most affected regions of the world.

According to the  International Organization for Migration (IOM) figures, 120 migrants died near the Spanish coast, while about 3,000 people managed to reach the European state.