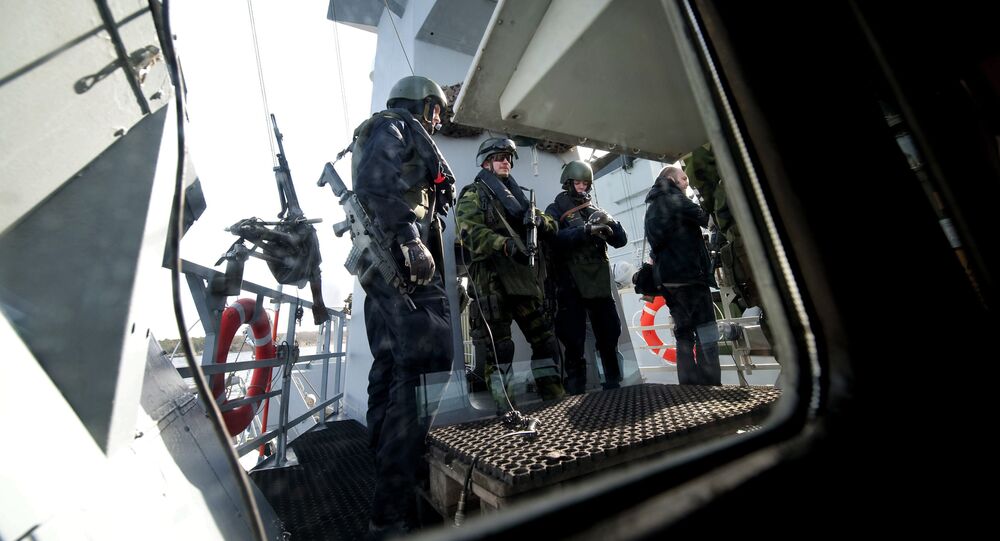 Although described as "age old," the conscripts' habit of leaving saucy or inflammatory remarks on their bunks for their own or their peers' amusement has fetched the attention of the Swedish defense, which found it "unacceptable" and stated that it contradicted its "value base."

The Swedish government has decided to allocate funds from the defense budget for the purchase of new beds after discovering widespread politically incorrect, sexist and pornographic messages scribbled and etched by none other than the draftees themselves, national broadcaster SVT reported.

After discovering "Nazi, sexist and pornographic messages," the Amphibian Regiment in Haninge, Stockholm County, decided to replace the bunks. Although the signs of vandalism admittedly could be the product of a bygone era, they nevertheless triggered a serious reply.

"This is unacceptable, this is not what we stand for," communications manager Magnus Lindstedt commented.

The scribblings were found to resonate badly with the Armed Forces' so-called "value base," a broad notion involving a system of politically correct beliefs about women, feminism, minorities, the LGBT community and the gender issue.

"Those who hold such views should consider whether they still have anything to do in the Armed Forces," Magnus Lindstedt told SVT.

According to Lindstedt, the first warnings of unsuitable scribblings in the form of swastikas and sexist drawings were received last autumn. Following the reports, work on replacing beds throughout the garrison was commenced. At the same time, Lindstedt described this sort of vandalism as a "generation-old" phenomenon in the armed forces.

"Bunks have been vandalized for several generations. Nevertheless, such gross obscenities are unacceptable. There is zero tolerance for harassment," Lindstedt told the daily newspaper Dagens Nyheter.

According to Lindstedt, it is unfortunately impossible to establish the identity of the perpetrators, due to the high turnover of people sleeping in the bunks, as one and the same bed may be shared by as many as ten people over the course of several months. Nevertheless, should it become apparent who did it, it becomes a matter of the Defense Personnel Committee to expel the perpetrator from the ranks of the Swedish Armed Forces, he assured.

The Haninge Amphibian Regiment is stationed in the southern part of the Stockholm archipelago and conducts a series of activities, including providing basic military education.