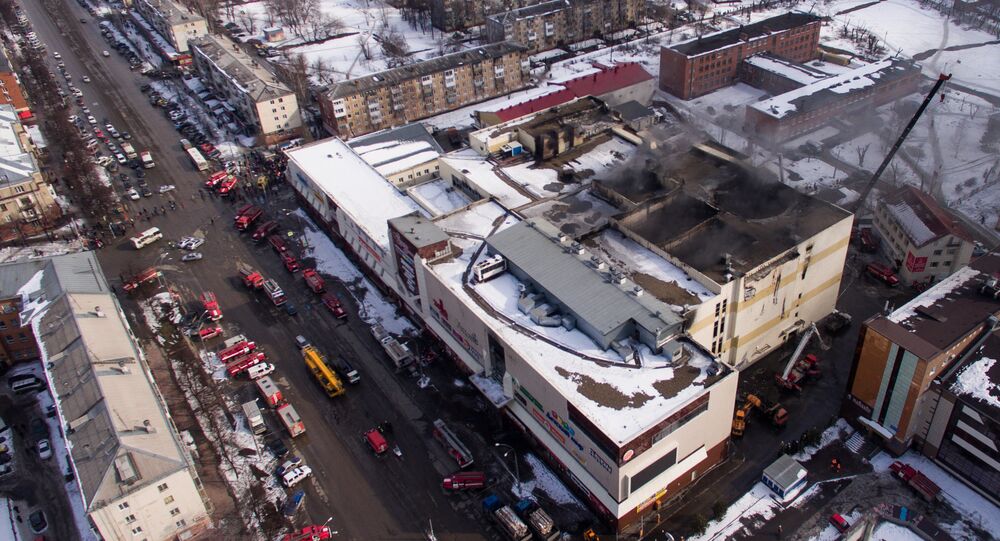 Kremlin: Most of 'Fake Reports' on Russian Mall Fire Come From Ukraine, Turkey

"It was not without the so-called well-wishers: those who knowingly distributed such [false] information. We have established the origin of fake reports, they mainly came from two countries: Ukraine and Turkey. It is another question why [it came] from these countries but information about 300-400-500 dead originated this way," Peskov said speaking in a Russian university as quoted by the BBC Russian Service.

This comes as on Wednesday, a Moscow court arrested in absentia a Ukrainian prankster who has been spreading false information about the number of victims in the accident, claiming that there were hundreds rather than the confirmed 64.

© Sputnik / Alexander Kryazhev
'Why Did Misha Burn Alive?' WATCH Russian Boy Question Kemerovo Official
In the wake of the prankster’s claims, the Russian authorities had to repeatedly refute the rumors about hundreds of victims in the incident. According to the official data, 64 people, the majority of whom were children, were killed in the fire, which occurred on Sunday.

The Kemerovo Region declared a three-day mourning period over the deadly fire, while Russian President Vladimir Putin signed a decree declaring a day of national mourning on Wednesday.