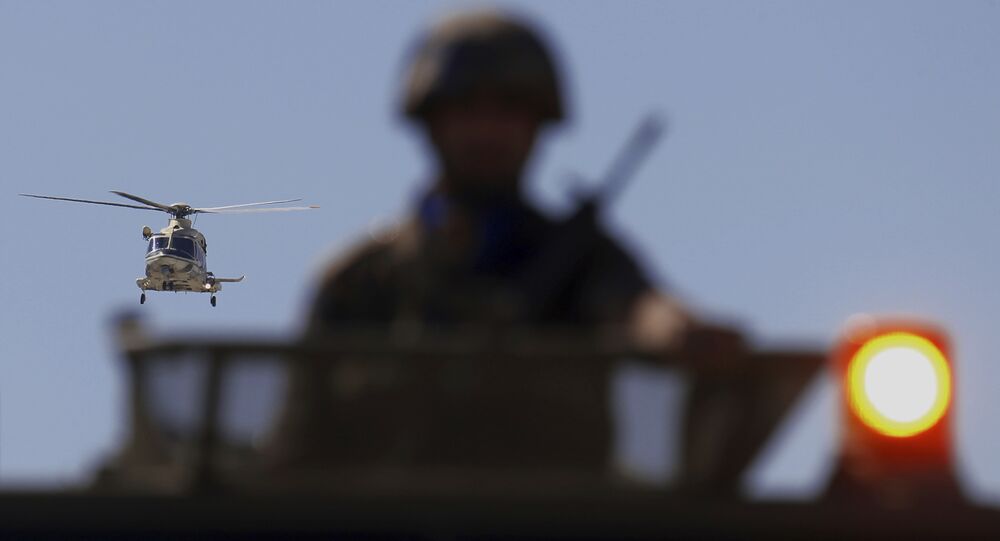 EU Commissioner for Transport Violeta Bulc has warned that the development of the bloc's infrastructure-related projects should be in sync with the implementation of the EU's military needs.

Brussels has announced a decision to reduce hurdles for moving troops and military hardware across Europe, in a plan that was called a "military Schengen" and is aimed at grappling with what has been described as "Russian aggression", according to Deutsche Welle.

"By facilitating military mobility within the EU, we can be more effective in preventing crises, more efficient in deploying our missions, and quicker in reacting when challenges arise," EU foreign policy chief Federica Mogherini said.

READ MORE: Russia Shows No Signs of Aggression in the Baltic — NATO General

EU Commissioner for Transport Violeta Bulc, for her part, underscored the necessity of the EU's military needs being considered during the development of the bloc's infrastructure projects.

"This means a more efficient use of public money and a better-equipped transport network, ensuring quick and seamless mobility across the continent. This is a matter of collective security," she pointed out, referring to the "military Schengen."

In the summer of 2017, Juncker stressed the necessity of deeper European integration, referring to Brussels' proposal to create a defensive union, which he said both the European Union and NATO are interested in.

Earlier, the European Commission announced a decision to launch the European Defense Fund in a bid to support member states' defense research and help them obtain military equipment.

© Sputnik / Yuryi Abramochkin
Declassified Docs Prove US Repeatedly Promised Russia No NATO Eastward Expansion
Touching upon NATO's eastward expansion at a Russian Federal Security Service (FSB) board meeting, President Vladimir Putin pointed out that it is aimed at deterring Russia as the main threat to the bloc.

According to Putin, NATO uses the alleged threat of "Russian aggression" as a justification for its eastward expansion.

NATO has been building up its military presence in Europe, particularly in eastern European countries bordering Russia, since 2014 when relations between Russia, the EU and the US deteriorated amid the crisis in Ukraine.