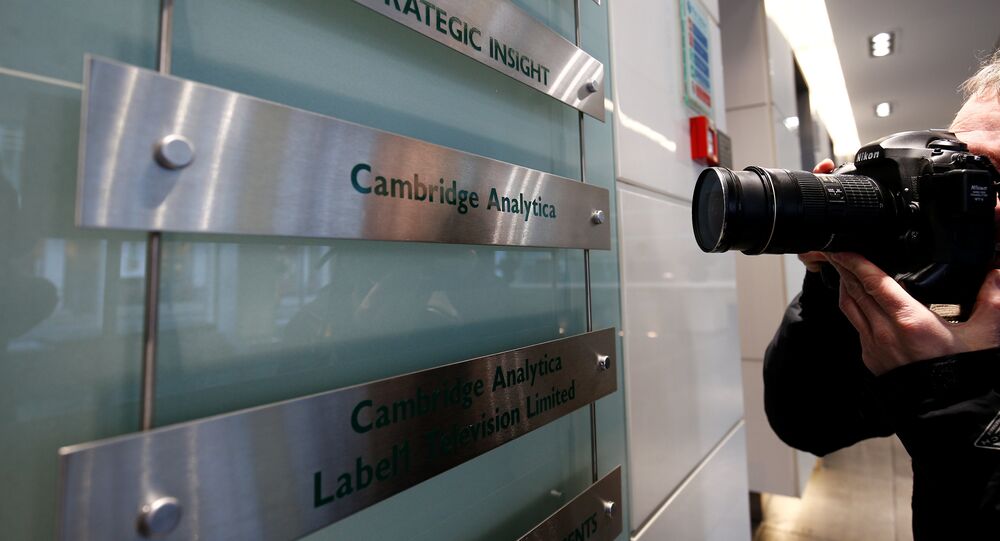 MOSCOW (Sputnik) - Suspended CEO of data analysis firm Cambridge Analytica Alexander Nix has agreed to testify before the Digital, Culture, Media and Sport Committee of the UK House of Commons for the second time and the session may be held on April 17, the chair of the committee Damian Collins said Wednesday.

"Dear Mr Nix… thank you for your letter of 27 March agreeing to appear before the Committee to give further oral evidence. We would like to hold this session on the morning of 17 April," Collins said in a letter to Nix that he subsequently posted on Twitter.

Collins posted another letter, to Facebook, asking that the company's CEO Mark Zuckerberg appears before the committee.

The CEO of data analysis firm was first questioned by the panel on February 27 about Cambridge Analytica's role in Brexit campaign and their use of Facebook, as part of the committee's ongoing investigation of fake news.

© REUTERS / Jonathan Drake
Watchdog: Cambridge Analytica Violated US Election Laws
Nix told the panel in February that his company did not work with Facebook data and did not have any data from the social network, but was using Facebook simply as a platform for its campaigns.

However, earlier this month, Facebook suspended the accounts of Cambridge Analytica and the SCL group it belongs to as it emerged that a third-party application had transferred users' information to them, which is forbidden by the social network's rules. The information then may have been used for political campaigning.

Nix was suspended in March after a Channel 4 reporter secretly filmed him exposing some of the company's questionable practices.

May: UK Gov't Has no Contracts With Cambridge Analytica or Parent Group (VIDEO)