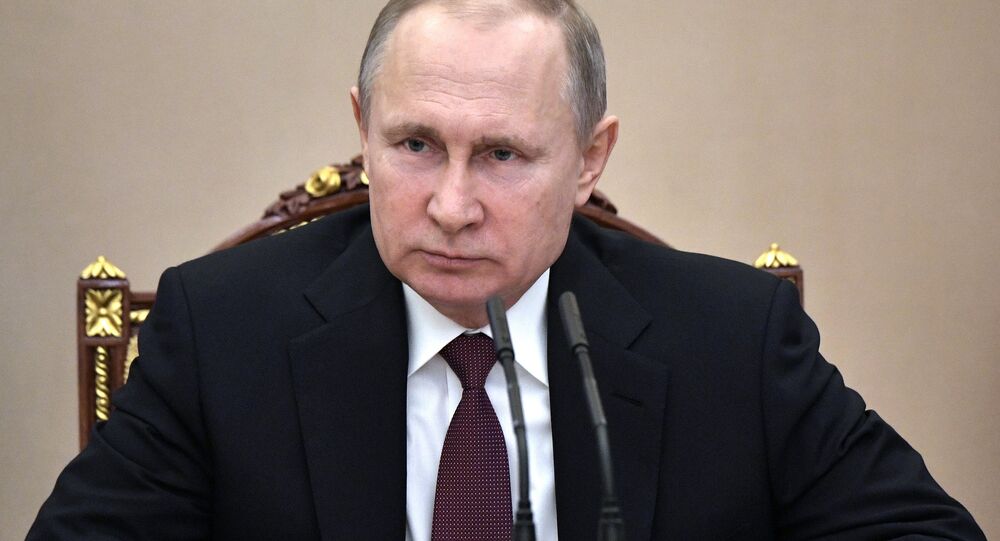 While Denmark joined 16 EU states by expelling Russian diplomats over alleged Russian involvement in the poisoning of former spy Sergel Skripal as a gesture of "solidarity" with London, a number of Danish parties are prepared to take it to the next level by launching sanctions against Vladimir Putin or the Russian energy project Nord Stream 2.

The decision by the Danish government and Foreign Minister Anders Samuelsen to join the a coordinated EU response and expel two Russian diplomats has been met with full support from the nation's Conservative Party, Danish Radio reported.

Conservative foreign rapporteur Naser Khader argued it was "high time" for Russian President Vladimir Putin "to meet the consequences on a level he can personally feel," calling for the Danish government to take further sanctions against Russia.

"I believe we should take more steps. Among other things, we should further sharpen the sanctions so that they hit Putin and his inner circle," Khader told Danish Radio.

According to Khader, Denmark should therefore pursue a more economically restrictive policy toward Russia.

"The sanctions that have been in place so far have had no consequences for Putin or the inner circle around him, that is, the oligarchs. It's them you should be after," Khader said.

According to Khader, who would like to join a common Western "front" against Russia, this should ideally be done in cooperation with like-minded countries.

"I could imagine all EU countries joining, but that's not the case at the moment," Khader said, possibly referring to the 11 EU member states that abstained from expelling diplomats.

Earlier this month, Khader also proposed boycotting the upcoming Football World Cup, which will be held in Russia, in yet another gesture of support for the UK, as British Prime Minister Theresa May previously stated that no members of the British Royal House or government will come to Russia.

"We must say an official no to Denmark attending the World Cup. It's about the official representatives, and I hope that other EU countries also back this view. Otherwise, we must do it solo," Naser Khader told the daily newspaper Berlingske, adding that it would make a big impression if Denmark chose to "stay away from celebrations with Putin."

"I'm not sure that this is going to keep Putin sleepless at night. We should launch more targeted sanctions against his inner circle or the energy sector that finances the oligarchs and decision makers in the Kremlin," former Foreign Minister Martin Lidegaard, a senior Social Liberal Party member, told Danish Radio.

The Social Democrats, Denmark's largest party currently in opposition, also advocated the use of more radical tools from the diplomatic toolbox. According to the Social Democrats, the trans-Baltic gas pipeline Nord Stream 2 to be built by Russia's Gazprom in collaboration with a number of Western energy companies should be an "obvious" topic to look at.

The Russian Foreign Ministry called the decision to expel Russian diplomats an "unfriendly step" that is "not consistent with establishing the underlying reasons and searching for the perpetrators of the Skripal incident."

The UK accused Russia of poisoning Skripal, claiming that the A-234 nerve agent was used, which led to Skripal and his daughter Yulia being hospitalized.