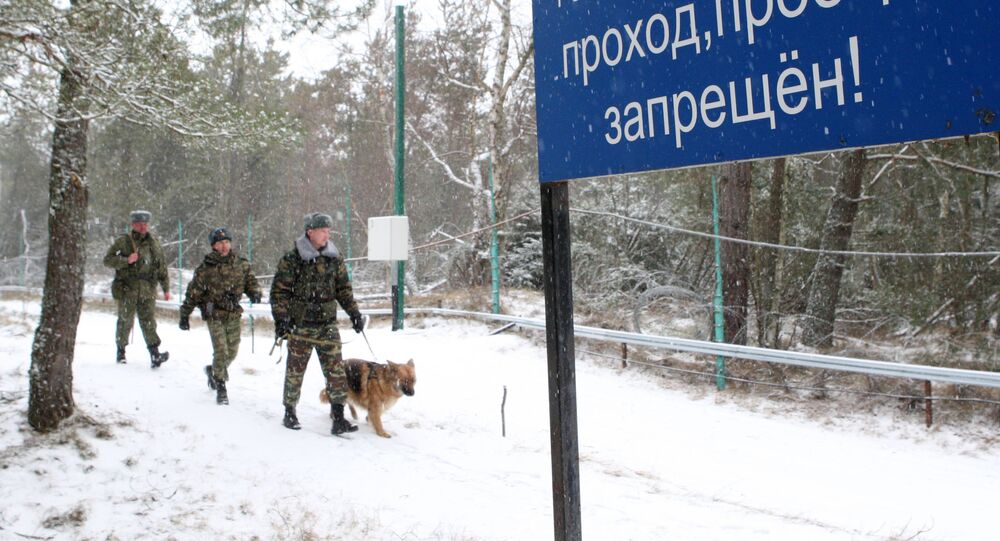 VILNIUS (Sputnik) - Russia remains the main threat to Lithuania's national security despite the fact that Moscow sought to positively develop its relations with Western states in 2017, a recent report by Lithuania's State Security Department and the Second Investigation Department under the Ministry of National Defence said Monday.

"The major threat to the national security of Lithuania originates from Russia's aggressive intentions and actions. Although in 2017 Russia tried to demonstrate an intention of positive dynamics in relations with the West, its strategic goals remained the same – to change the global power balance and dominate within its perceived zone of interests, including the Baltic region," the report read.

The report specified that "the most identified hostile cyber activities" were also linked to Russia and mainly targeted Lithuania's state institutions and energy sector.

In addition, Lithuanian intelligence services named the Internet media portals of Sputnik and Baltnews among the main sources of Russia’s information policy in Lithuania.

"Russian information policy in Lithuania is conducted through the Russia-funded internet portals sputniknews.lt and baltnews.lt. Their goal is to extend Russia’s influence within Lithuania’s information space, promote anti-western sentiments, and shape public opinion favourable to Kremlin. In 2017 … they sought to incite ethnic confrontation and exacerbate relations between Lithuania and Poland," the report said.

Over the past years, the United States and other NATO members have been increasing their military build-up in Eastern Europe and Baltic countries, citing the need for protection from alleged Russian aggression.

Moscow has repeatedly stated that Russia has never planned to attack any NATO member state. Russian Foreign Minister Sergey Lavrov has said that the alliance recognizes this but uses the pretext of alleged Russian aggression to deploy more equipment and battalions next to Russian borders.

A number of Russian media outlets, such as the RT broadcaster and Sputnik, have faced significant pressure from Western lawmakers and intelligence communities, which claim that the media outlets may have been involved in Russia's alleged attempts to intervene in the domestic affairs of other states. RT and Sputnik, as well as Russian authorities, have repeatedly refuted the allegations as unsubstantiated.

In Lithuania, the country's Baltic News Service branch unilaterally terminated its contract with Sputnik Lithuania early in 2017 without specifying the reasons for its decision.

Sputnik's parent company Rossiya Segodnya went to court, but the Vilnius district court dismissed the complaint despite the fact that the contract contained no clause on unilateral termination. The court said that Rossiya Segodnya had "violated the interests of the state of Lithuania," while Sputnik spread "propagandist distorted information." The decision has been appealed. Commenting on the issue, Sputnik and RT Editor-in-Chief Margarita Simonyan compared the situation in Lithuania to a "circus show."

READ MORE: Russian Comedians Howl With Laughter Over NATO Claim That They are Kremlin Tool