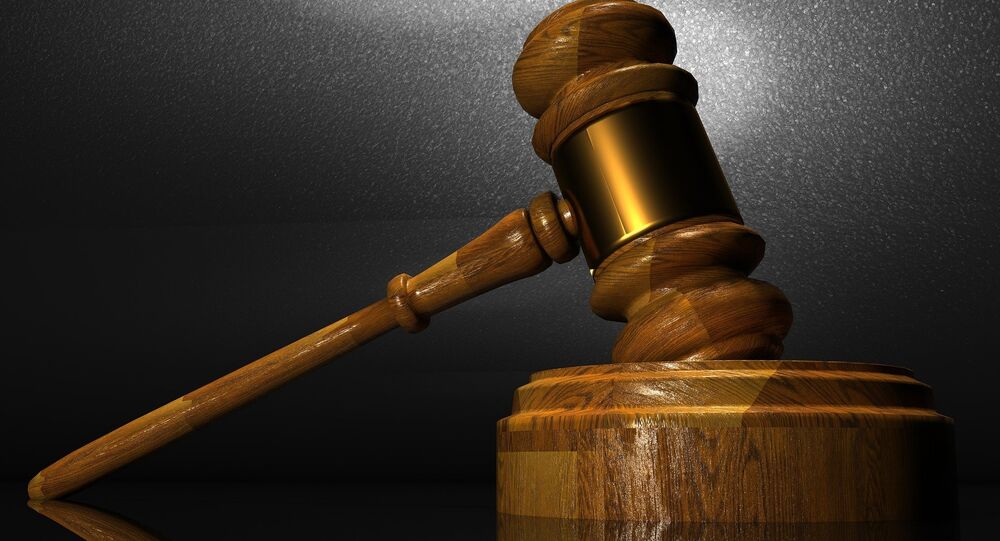 A detective inspector with Greater Manchester Police has been convicted of strangling his wife and dumping her body in a lake. The trial heard he was a big spender and killed her after a row over a loan he had signed for without her knowledge.

Darren McKie, 43, admitted the manslaughter of his wife Leanne during the trial at Chester Crown Court but on Friday, March 23, he was convicted of murder.

On the day of the murder McKie left work at Stretford police station in Manchester after his wife angrily texted him, calling him a "liar" and saying she had discovered the loan application.

Watch: The Greater #Manchester police Inspector who murdered his wife in a row about their spiralling debt: pic.twitter.com/Nat8z30SAU

"What produced the argument that led to her death was that he'd been found out in committing serious criminal offences," said prosecutor Nigel Power QC.

The body of the 39-year-old detective constable was found in Poynton Lake in Cheshire on September 29 last year. She had been strangled.

Rachael Barber from the CPS makes a statement and Family Liason Officer Michelle Birkett reads one on behalf of Leanne McKie’s mum and dad after her husband Darren was found guilty of her murder: pic.twitter.com/6aL3JDGpb6

After killing his wife McKie continued with his normal daily routine but after he put his children to bed he sneaked out and dumped his wife's body in the lake before disposing of her car.

At one point he texted her phone, pretending to be an innocent and unaware of her fate.

The Trial Of a GMP Inspector Darren McKie accused of Murdering his GMPA Police Officer Wife Leanne is drawing to a Conclusion! His QC asks the Jury to Consider ‘It was a Terrible Accident’ and to Prove it was a Deliberate Calculated, Cold Murder! Let’s see what Jury Decide!! 🤔

"Hi hun. Your dad text me. They have not heard from you. You OK? Bit worried now. xx," McKie texted as her body lay face down at the bottom of the lake.

He was confronted by a police patrol as he walked home in the dark.

The officers, who were keeping an eye out for burglars, asked him what he was doing in the area but they let him go when he said he was close to home. But he was actually three miles from his home and after the patrol drove off he dumped his bloody sneakers in a wheelie bin.

Darren McKie will be sentenced at #Chester Crown Court next Tuesday after being found guilty of murdering his wife Leanne. The judge accepted a majority verdict of 11-1 from the jury: pic.twitter.com/jJxpvq0HaC

Mr. Power said they professed to be a "perfect family" but were living "well beyond their means."

They had just moved into a £435,000 ($498,000) house in Wilmslow, an affluent town in Cheshire which is popular with footballers, and were spending money on extending and renovating it.

During the struggle, he said, she met her death, but “that was the very last thing Darren McKie wished for, wanted or injured.”
He congratulated the police for the thoroughness of their investigation into the killing.

McKie, who had been with Greater Manchester Police for 20 years, had forged his wife's signature, using her warrant number and hacked into her police email in order to obtain her payslips for the loan application.

A post mortem report found McKie had broken two bones in his wife's neck when he strangled her.

After changing his plea to guilty to manslaughter during the trial McKie tried to claim his wife had died accidentally during a struggle.

He will be sentenced on Tuesday, March 27, but the mandatory sentence for murder is life imprisonment.