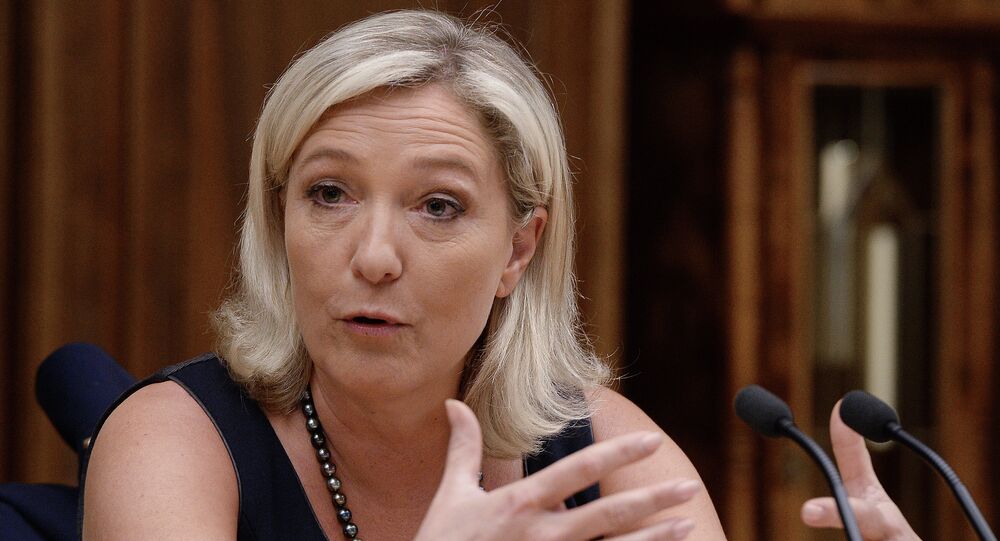 President of the National Front French political party Marine Le Pen has commented on the development of the situation around the poisoning of ex-Russia spy Sergei Skripal during a speech on the Franceinfo radio station.

"I think that something bigger is behind these actions — a strategy aimed at building a wall between the EU and Russia. Judging by my experience of working in the European Parliament, I know that the EU is waging a cold war against Russia, Le Pen, president of the National Front party, said.

Le Pen's statement comes after a source told Sputnik that a number of European countries were considering expelling Russian diplomats or recalling their ambassadors from Moscow.

The move was prompted by UK Prime Minister Theresa May's accusations against Russia of poisoning former intelligence officer Sergei Skripal and the expulsion of 23 Russian diplomats as a punitive measure.

© Sputnik / Maksim Blinov
Is UK Secretly Buying Russian Eurobonds Amid Skripal Case?
Russia has strongly rejected the accusations and offered assistance in the investigation. However, Moscow's request for samples of the chemical substance used to poison Skripal was denied. Moscow has also expelled UK diplomats and ordered the British Council to stop its activities in Russia in response to the UK expulsion of Russian diplomats.