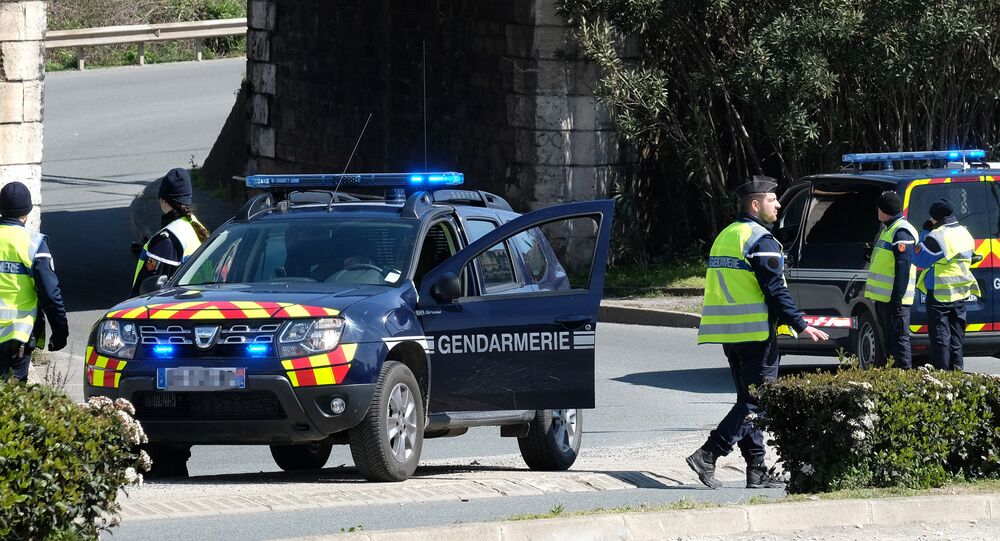 Earlier on Friday, media reports emerged stating that an armed man took hostages in a supermarket in Trebes near Carcassone and opened fire at special police forces. Up to two persons were reportedly killed.

At least three people were killed and another 16 were injured in a series of terrorist attacks in the southern French department of Aude on Friday, French President Emmanuel Macron said.

Macron described the attacks as an act of "Islamic terrorism," but said the claims by Daesh* terrorist group of being behind the attacks have not been confirmed yet.

French Prime Minister Edouard Philippe said earlier on Friday the French authorities believe that a hostage-taking incident in southwestern France might a terrorist attack judging by its circumstances.

"The circumstances of the incident allow us to consider it a terrorist attack," Philippe said, as aired by the BFMTV broadcaster.

Earlier in the day, media reports emerged suggesting that a man took hostages in a supermarket in Trebes near Carcassone.

Media reported that the suspect was of Morocco origin and was previously known to the French security services.

The death toll in the incident reportedly perpetrated by the Daesh currently stands at three.

*A terror group banned in Russia