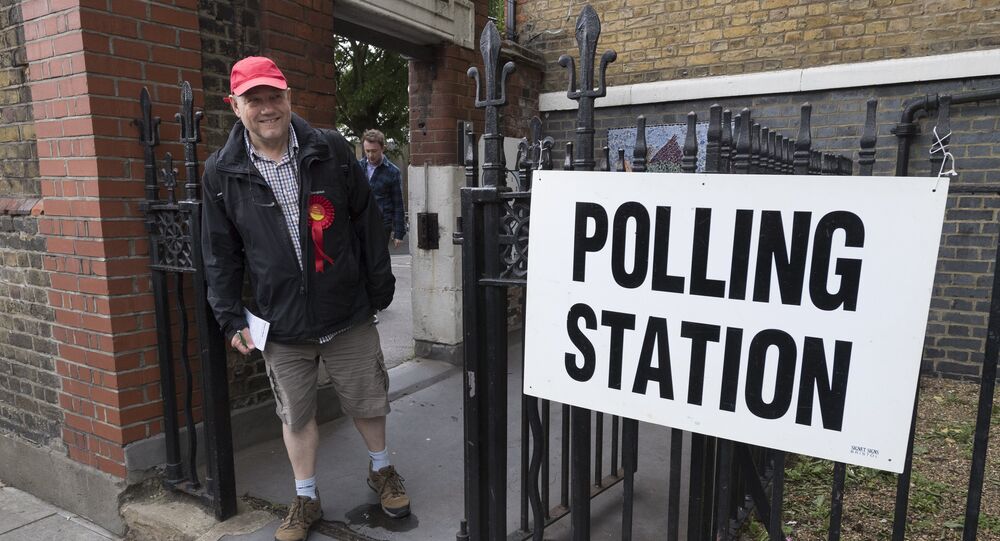 Polling shows Labour on course for its best showing in the capital in two generations, while the Conservatives are bracing for their worst.

Labour leader Jeremy Corbyn has launched his party's official campaign for the British capital's council elections which are to take place on May 3 in which the Opposition party is expected to do better than in previous years.

A February poll by YouGov carried out on behalf of Queen Mary University suggested that the Conservatives are heading for their worst performance in London since 1968 with only 28 percent of those surveyed indicating their support for the party. Labour meanwhile appears set to see its best results in the same period of time, polling at approximately 54 percent of the capital's metropolitan population. The Opposition's support has spiked even more markedly in Central London where it now stands at 67 percent.

The elections are widely expected to be a representation of public feeling towards the Prime Minister Theresa May's government and its performance in managing the United Kingdom's exit from the European Union. London voted overwhelmingly to remain in the EU in June 2016 and has historically tended more to support the Labour Party. However, the scale of the Conservatives' expected defeat in which they may lose control of all London Boroughs including Barnet and Wandsworth which have never fallen to Labour, could trigger a challenge to her leadership of the party.

The Prime Minister spent 2017 attempting to navigate the fraught differences between the Hard Brexiteer camp of her Foreign Secretary Boris Johnson and Environment Secretary Michael Gove on the one hand, and Remainers such as Anne Soubry who have threatened to quit the Conservative Party unless the influence of the Hard Brexiteers is curtailed.