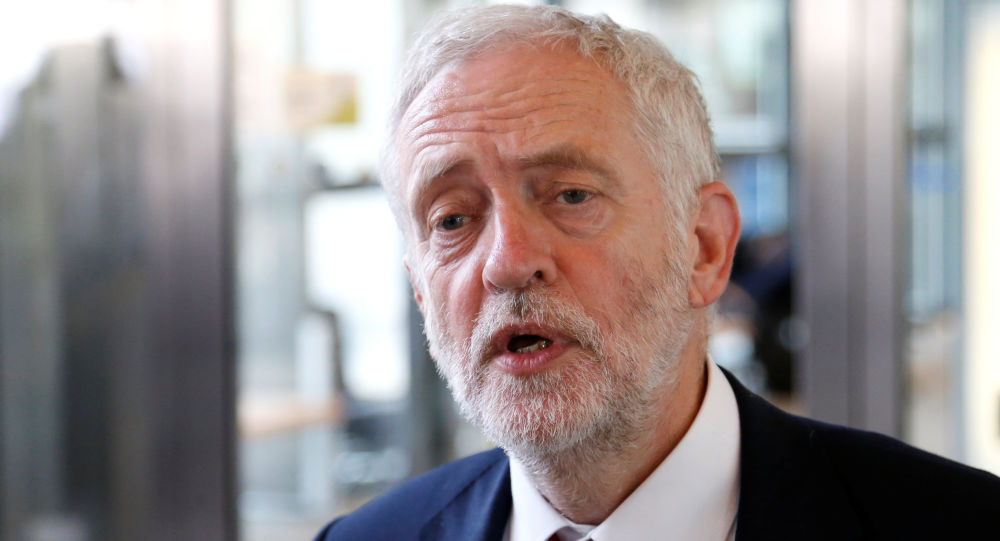 Twitter exploded as opposition leader Corbyn was being grilled over his suggestion to give Russia samples of the agent used to poison Skripal amid an investigation into the case.

Fury rose among Labour MPs as their party leader Jeremy Corbyn called on the government to meet Russia’s request to share a sample of the substance, allegedly used for poisoning former spy Sergei Skripal and his daughter Yulia. Corbyn said in an interview with BBC Radio 4’s World At One program that in this case, Russia “can say categorically one way or the other."

"All fingers point towards Russia's involvement in this, and obviously the manufacture of the material was undertaken by the Russian state originally. What I'm saying is the weapons were made from Russia, clearly. I think Russia has to be held responsible for it, but there has to be an absolutely definitive answer to the question where did the nerve agent come from?" he said.

Corbyn also pointed out that before people “shoot from the hip,” they should wait for the substance analysis of the Organization for the Prohibition of Chemical weapons (OPCW).

Dwelling on the theme, he also said he would deal with Putin despite all the controversies surrounding Russia, as "You have to deal with people who are in the position they are as head of state” of such a huge country, as Russia.

“Robust, yes, assertive, yes, demanding yes, but there has to be a relationship,” he said in the interview.

Corbyn’s long- time critic from within the Labour Party, Ian Austin, World At One asked about the purpose of such a move, if the result is determined.

Does anyone seriously think Putin will say:
"Thanks for the sample. We have now examined it and yes, I'm sorry to say that it did come from Russia and was then given to one of our agents to murder Mr Skripal in the way we have murdered lots of other opponents"?
Who thinks that? https://t.co/ERCgVlA6JK

"This needs to be resolved as it is obviously not an approach that would work if we were in charge of the country during a national security crisis," he told Sky News.

Tory housing minister Dominic Raab claimed the idea sounds like "asking the bank robber to identify the bullets from a heist."

This invective was echoed on Twitter, as some commentators slammed the Labour leader and his idea, joking about his bright future with Moscow’s help.

Russia is currently banned from the Olympics for systematic tampering with samples in state run labs and yet Corbyn says we should wait for their analysis. https://t.co/VOdCCdIWSB

Lol someone is not aware of the political changes that are happening right now. And after this Russia and Cambridge analytical things play out Corbyn will be our great leader,

​However, some perceived this storm of fury as a campaign by Corbyn’s opponents to attack the politician.

So thats it then!! Thats our marvelously strong pm and govt. Swap 23 diplomats with Russia in a media frenzy and declare yourself boudicca. In the end this was a bigger propaganda attack on Corbyn than Putin.
Ridiculous!!#newsnight

Means, motive and opportunity. The biggest motive appears to be to counter Corbyn's leap in the polls. "Of a type developed by Russia" is the most duplicitous piece of bullshit ever. They had no definitive evidence.

​Others liked Corbyn’s approach, considering it to be levelheaded.

Jeremy Corbyn under fire for demanding Russia get chance to analyse Salisbury poison https://t.co/3CO3HvXmfm Well hes quite right if this country has nothing to hide it will co operate if it has then its refusal to not co operate and thus a pack of lies

Continue Mr Corbyn. How many other MPs agree with you, but do not have the backbone to say so? Corbyn Reiterates Calls for UK to Investigate Skripal Poisoning With Russia: https://t.co/VSk3LFx17z via @SputnikInt

I’m not a Labour supporter and neither am l a Corbyn supporter, but in this case why shouldn’t we give a sample of this nerve agent to Russia to either prove or disprove our government claims.

Russia- gate, a reality? Or fabrication — Who knows? Corbyn disallowed access to information, multiple reports citing different things, including when, where and how, reports not corroborated, refusual to pass on samples to Russia etc, excuses a plenty — ALL from the right wing.

He has no ties to Russia and has criticised their human rights record. Tories are the ones who are heavily involved financially with not only Russia but also Saudi Arabia, Turkey and many other dodgy govts

​London accused Moscow of the attempted murder of ex-agent Sergei Skripal and his daughter with a poisonous nerve agent, claiming it has a Russian origin. The substance purportedly belongs to a class of chemical weapons developed in the Soviet Union in the 70’s.

Moscow has strongly denied London's allegations, as the production of the agent was halted long ago and its stocks have since been destroyed according to the directions of the OPCW.

Russia has requested access to samples of the substance and offered to assist in the investigation, which is far from over, but London has refused. The Skripals are being treated in a hospital in Britain.