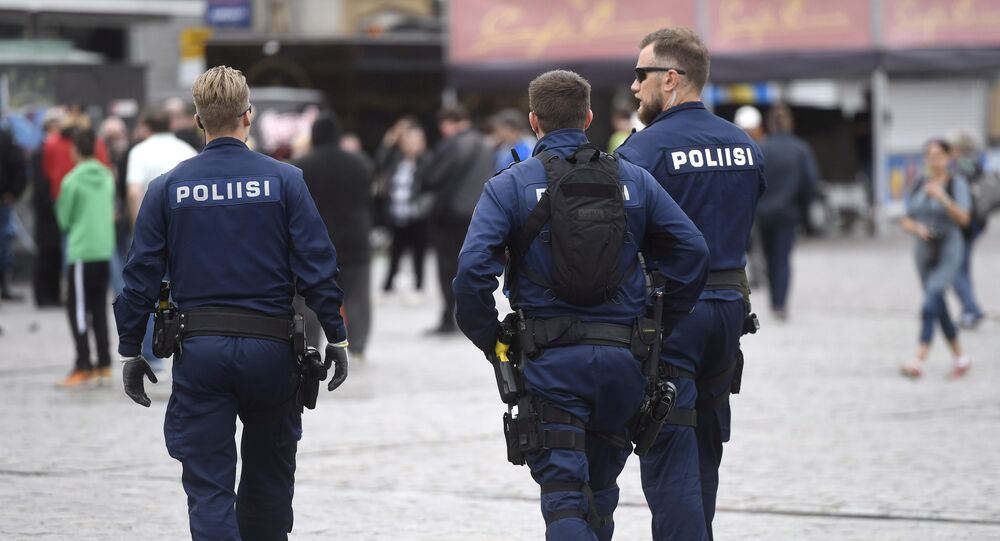 HELSINKI (Sputnik) - The terrorism threat level in Finland has remained "elevated" since last summer due to the activity of the Daesh terrorist group, which continues to attempt recruiting new members in the country, Director of the Finnish Security Intelligence Service (Supo) said on Wednesday.

"The IS [Daesh*] is still capable of promoting [its ideology] and of recruiting new members in an effective manner and with the use of modern means, though, it has become much weaker. Since summer 2017, Finland has been subject to IS propaganda in Finnish, to propaganda that was adapted to the Finnish environment," Antti Pelttari said on the sidelines of a conference devoted to problems with Finland's national security.

Pelttari added that a total of 370 individuals, who posed a potential terrorist threat, remained under police surveillance.

© REUTERS / Lehtikuva/Vesa Moilanen
Finland's List of Potential Terrorists Grows in Aftermath of Turku Stabbing
He further indicated that it had registered several attempts by foreign countries to carry out cyberattacks on Finnish companies in 2017.

"Foreign states seek to steal information, including information about critical infrastructure in Finland and the latest developments [in the fields of science and industry]," Pelttari added.

In June 2017, Supo raised its terrorism threat level from "low" to "elevated." Commenting on the issue, the agency said that the greatest threat to the country's national security was the activity of individuals and groups motivated by radical Islamist propaganda.

*Daesh (also known as ISIL, ISIS or IS) terrorist organization banned in Russia and many other countries.