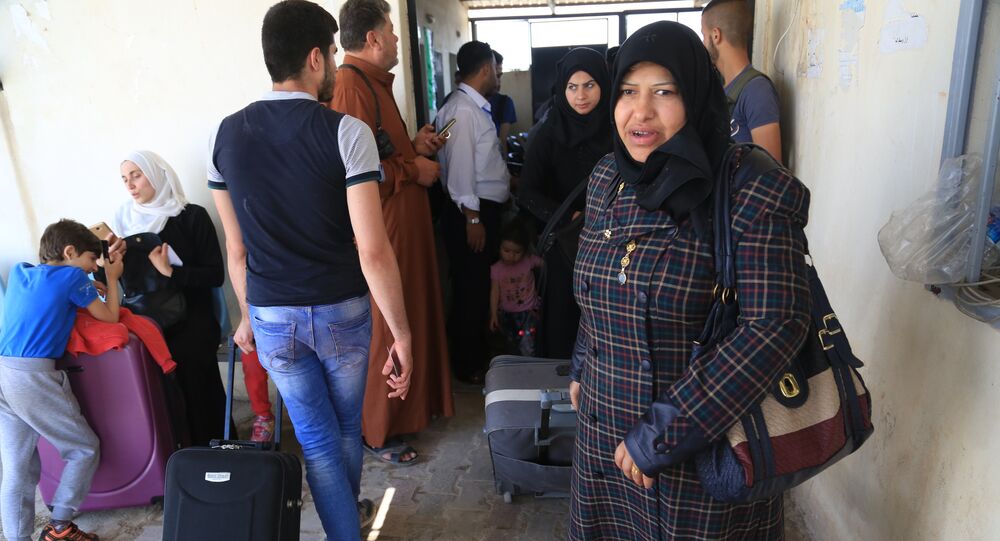 Alternative for Germany members traveled to the Middle East country and branded it “safe” enough for those seeking asylum in Europe.

A group of politicians from the Alternative for Germany party (AfD) shared their experience travelling to Syria during a special press conference. Their relatively young party, which placed third in the 2017 parliamentary elections behind Merkel's Christian Democrat/Christian Democratic Party coalition and the Social Democrats, has always advocated stricter criteria for asylum-seekers. The journey was a fact-finding mission to assess if the country was ready to take back asylum seekers, who have fled to Germany from Syria since the beginning of the civil war in 2011.

Christiane Blex, a lawmaker from North Rhine-Westphalia’s regional parliament admitted to the press that "there is no dispute that there are still war zones in Syria," but also stated that some regions have not been destroyed by the conflict. His colleague from the state parliament Armin-Paulus Hampel called on the German government, as well as EU officials, to compel Syrian President Bashar al-Assad to start the repatriation of refugees under certain conditions, e.g.  he shouldn’t persecute them or imprison the returnees.

The team of 7, which included federal MPs, set off to the region in early March. In Syria, the scouts met with top officials, including members of the Syrian parliament, Syria’s Grand Mufti Ahmed Badr al-Din Hassoun, the Syrian Foreign Minister and the Minister for National Reconciliation as well as Grand Mufti Ahmad Badreddine Hassoun, who urged the Syrians abroad to come home, according to Blex.

Blex, who kept his Facebook followers posted on their journey, uploaded photos of roads, sports facilities and houses, providing them with a statement: “You hardly see any military. There are adverts for mobile phones and televisions. Normal daily life.”
The AfD outing was condemned by many German politicians, including Chancellor Angela Merkel. As government spokesman Steffen Seibert put it, “Whoever pays court to this regime disqualifies themselves,” referring to the contacts with al-Assad’s inner circle.

The fighting still continues in many parts of the country, including areas around the capital city of Damascus. Over the past 8 years, the war has left more than 350,000 people dead, according to the UN; 11 million have fled their homes, although many remain within the country.

While most of the refugees live in government-controlled regions of Syria and in neighboring Turkey and Lebanon,  more than a million Syrians headed to the EU.  Germany took in the lion's share of EU-bound Syrians; Merkel’s government decided not to deport anyone to Syria in 2012, then in 2015 the Chancellor decided to open Germany’s borders. Since then more than a million migrants have arrived there, with Syrian asylum seekers accounting for the biggest number of newcomers.

The AfD, which went from being a small Eurosceptic party to being Germany's largest opposition party on a tide of anti-migrant ire, has tirelessly condemned Merkel's policy, which has resulted in sizable government spending on refugees and occasional tension between foreigners and locals.

* Daesh (ISIS) is a terrorist group which is banned in Russia

Germany Proposes Discussion of Situation in Syria at NATO Meeting