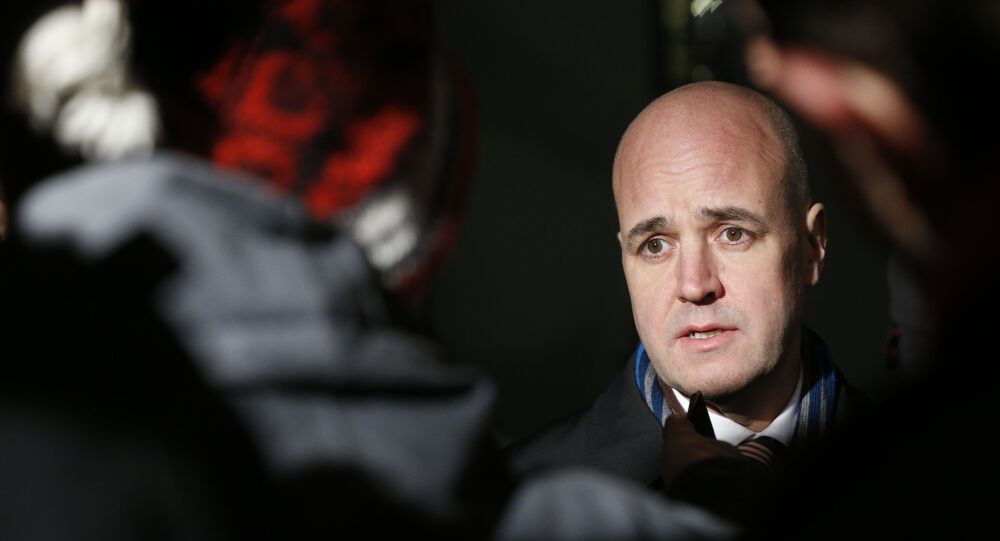 Former Conservative Prime Minister Fredrik Reinfeldt is known for his active pro-immigration stance, as part of which he once urged his compatriots to "open their hearts" and welcome more immigrants. His relentless campaign to make Sweden a "humanitarian superpower," however, has provoked a cheeky reply from the Sweden Democrats.

Despite having quit his former party, Frederik Reinfeldt remains an active supporter of immigration. During a recent meeting with entrepreneurs in the city of Skövde, he called for increased immigration into the Nordic nation, where people with foreign backgrounds already constitute over a fourth of the population of 10 million.

"In Skövde, you have an aging population, despite a slight increase in birth rates. My advice is to open up for immigration," Reinfeldt said, as quoted by the local Skaraborgs Läns Tidning.

According to Reinfeldt, high birth rates and a larger population imply a safe future with more "consumers." Should Sweden refuse to embrace new citizens, it risks becoming a "retirement home" with "a lot of centenarians," Reinfeldt argued.

Africa, by contrast, which former Conservative leader described as "the house of youth," will increase its population five-fold in a matter of only two generations and will become a future model, as welfare requires higher immigration, Fredrik Reinfeldt argued.

To crown his message, Reinfeldt called on entrepreneurs to stop "net trolls" and "hug every single immigrant" who wants to come to Sweden.

The former prime minister's speech triggered a sassy response from the opposition Sweden Democrats Party (SD), which, by contrast, has for years built its political capital on opposing immigration. Until the recent advent of the Alternative for Sweden party, founded by maverick Sweden Democrats, the SD has been the only Swedish party opposing large-scale immigration.

"If Africa is the model, why not move there instead of taking Africa here?" the SD wrote on Twitter.

​Reinfeldt's rhetoric also triggered the ire of ordinary users. User voltairesande posted a photograph of African slums with caption "the good living is waiting for Reinfeldt the arch-idiot."

​User Olof Dissident argued that Reinfeldt was "severely mentally ill" and should "of course be locked up for treatment," while also suggesting that present-day Conservative leader Ulf Kristersson was "an exact copy."

​Meanwhile, other users were quick to note the problem of rising anti-white sentiments in South Africa, among other countries. In the comments fields, Reinfeldt was also called a "traitor."

In Sweden, Fredrik Reinfeldt is known for saying that "only barbarism was genuinely Swedish," whereas "all development came from abroad." He also repeatedly emphasized that immigration was "enriching" Sweden.

Reinfeldt is also known for supporting a hike in the pension age to 75 on account of high medical standards and longer life expectancy, in order to support the welfare state.