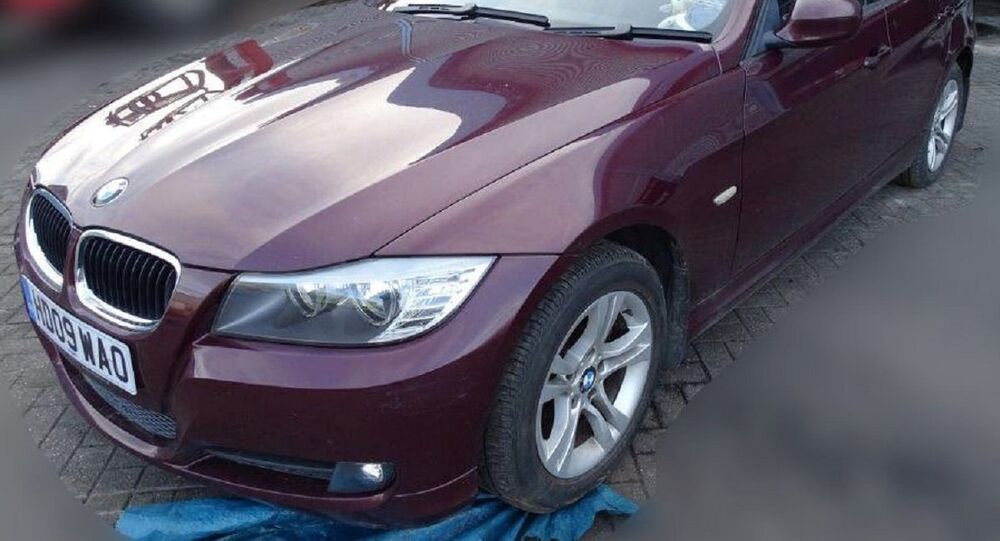 According to an ABC Sunday report, Sergei Skripal and his daughter Julia could have been exposed to poison via Skripal's BMW. ABC TV suggested that a poison compound could have been introduced into the ventilation system in a powder form.

© REUTERS / Henry Nicholls
Berlin's Solidarity With UK Over Skripal Case May Harm Ties With Russia - AfD
According to the assistant commissioner of the Metropolitan Police, 38 people have been seen by doctors in relation to the incident. Of those, 34 have been assessed and discharged, but the Skripals, one police officer and one unnamed person remain in hospital, the Independent reported.

The Sunday Times, however, offered another version of the poisoning. According to the newspaper, the poison could have been on the car doors, seat or on the steering wheel; it could also have been put on Skripal's or his daughter's clothes, or it could have been secreted in her luggage.

According to Russian military expert Igor Nikulin, however, the alleged poison, Novichok, is a binary agent, and once binary components are mixed, the reaction begins immediately, killing people in the vicinity instantly while manifesting its presence with a terrible smell. Such binary chemical weapons, he asserted, are not suitable for use in time-delayed attacks.

"I think this is unlikely, because this substance, unlike Sarin, is hard to use stealthily. It has strong, unpleasant smell. Sarin has no smell, no color, it can be used stealthily, but not with this substance," Nikulin told Russian media on Friday.

Earlier, Russian Ambassador to UK Alexander Yakovenko said that the British press continues to present new versions of Skripal's attempted murder, but no hypothesis has yet to be officially commented upon by the UK government. This current climate surrounding the attempt, the ambassador told journalists, is an example of "very serious playing with public opinion."