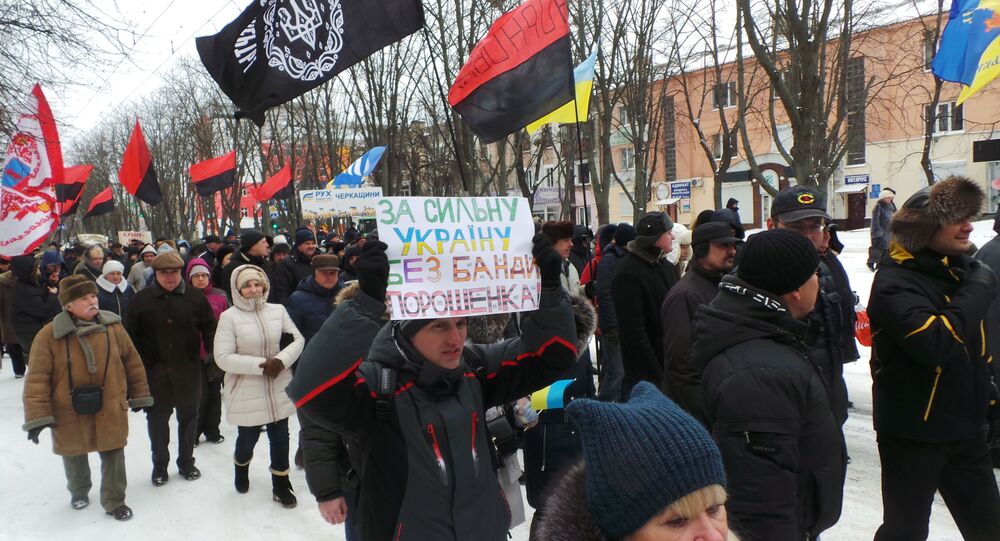 Saakashvili is broadcasting live the rally on his Facebook page.

According to the Ukrayinska Pravda (Ukrainian Truth) news portal, the activists are planning to continue the protest near Poroshenko's house in Kozyn settlement in the Kiev region. The protesters are reportedly holding banners saying "Poroshenko means poverty, immigration," "For new election law," and others.

In July, Saakashvili was stripped of his Ukrainian citizenship while he was visiting the United States, after it was revealed that he had provided incorrect information on his citizenship application. However, he managed to cross the Polish-Ukrainian border in September.

Over the recent months, Saakashvili has been leading anti-government rallies in Kiev, calling for the impeachment of Poroshenko, as well as for the adoption of legislation to fight corruption in the country.