MOSCOW (Sputnik) - Moscow will exert pressure on the United Kingdom and will seek to send new Russian diplomats to London to replace being expelled from the United Kingdom, Russian Ambassador to the UK Alexander Yakovenko said Saturday.

"We will exert pressure on the United Kingdom to make up for the losses," the ambassador said on air of the NTV broadcaster.

Yakovenko admitted that it would be difficult to achieve this, since even before the relations deteriorated recently, London was in every way delaying the issue of visas for Russian diplomats.

After the expulsion of diplomats, the consulate department of the Russian embassy will be hurt most, he noted.

"We actually lose the opportunity to issue visas in the previous regime… Visas will be issued to UK citizens, but the time will increase," the ambassador added. 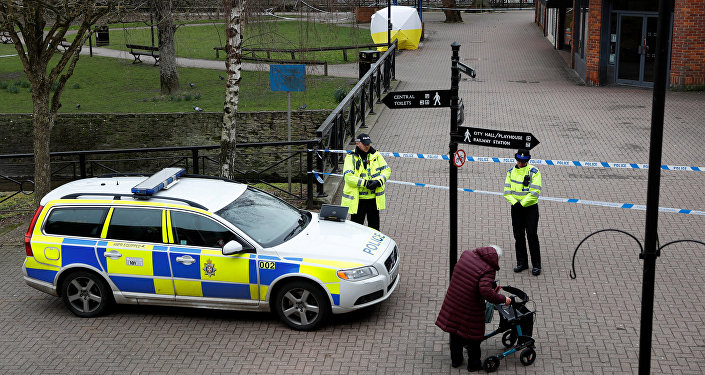 © REUTERS / Peter Nicholls
'I Think Skripal Attempted Murder Staged by US, UK Intel' – Political Scientist
Relations between Moscow and London deteriorated in early March after former Russian intelligence officer Sergei Skripal and his daughter were found unconscious in a shopping center in Salisbury. UK Prime Minister Theresa May said that it was "highly likely" that Russia was responsible for the incident, since the two were poisoned with a Novichok-class chemical agent that was developed in the Soviet Union.

Earlier in the day, Russian Federation announced retaliatory measures against the United Kingdom, declaring 23 employees of the UK Embassy in Moscow personae non gratae in response to London's move.

The ministry also revoked its agreement on opening and operation of the UK Consulate General in the Russian city of St. Petersburg, according to the statement. In addition, a decision was made to terminate the activities of the British Council in Russia, since its "legal status has not been determined."