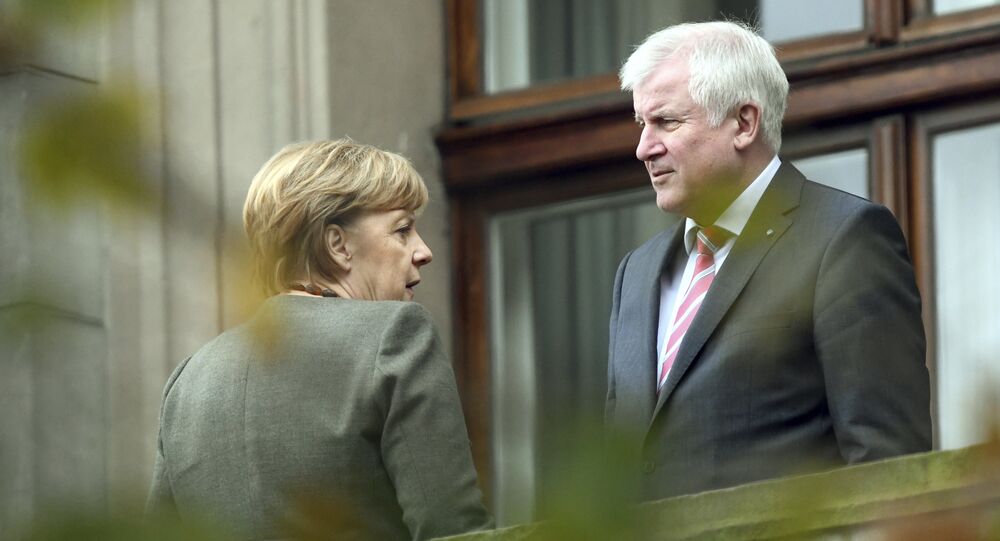 Chancellor Angela Merkel was the first to comment on the newly inaugurated interior minister's statement, saying that millions of Muslims residing in Germany and Islam do belong in the country. Many other politician demanded concrete integration steps instead of mere debates.

German Chancellor Angela Merkel said Friday that "there are four million Muslims living in Germany" and "they can live their religion here, too," Deutsche Welle reported.

Although the politician acknowledged that Germany was formed by Judeo-Christian traditions, she stressed that Islam is also a part of the country.

"These Muslims belong to Germany and in the same way their religion belongs to Germany, that is to say Islam," the German head of state said, adding that the form of any religion practiced on German soil shouldn't contradict the country's Constitution.

"No. Islam does not belong to Germany," Seehofer said. "Germany has been shaped by Christianity," the politician stressed, adding, however, that "the Muslims who live with us are, of course, part of Germany."

For instance, Federal Justice Minister Katarina Barley said in an interview with the Rheinische Post that "theoretical debates have been going on for long enough."

She stressed that the government should pay more attention to practical steps aimed at ensuring peaceful coexistence in the country.

Family Minister Franziska Giffey supported this point of view by saying that "local debates do not help at all." In an interview with broadcaster ZDF, she stressed that concrete measures should be taken to ensure peace and integrate all German residents in society regardless of their origin or faith.

For his part, Labor Minister Hubertus Heil stressed the importance of creating "fair chances and clear rules" for newcomers and warned against any form of discrimination and extremism.

"The debate that Horst Seehofer is continuing serves no substantive purpose and is being used to create a particular atmosphere ahead of the state election in Bavaria," the politician told Funke Media Group.

The debate about whether Islam belongs to Germany or not has also caused vivid reactions among social media users.

Some of them agreed with Seehofer's remark and criticized Angela Merkel for her response.

And thus, according to Merkel and her vassals, child marriages, circumcision / mutilation of girls, oppression of women… belong to Germany.

Hopefully, Mrs. Merkel won't be a part of Germany soon anymore, too.

Mrs. Merkel, would you like to wear a headscarf as well?

It's evident again that Mrs. Merkel has really lost all contact with reality. Terrifying to see that she really has no idea about what's going on in Germany. Too bad

Others supported Merkel's point of view that Islam belongs to the country.

If over 8 million Muslims live and work in Germany, pay taxes, do the dirty work that Germans do not want to do; if their children work here so the aging population in Germany could be paid their pensions, then yes, damn it again, Islam belongs to Germany.

Thank you, Merkel! (Without irony)