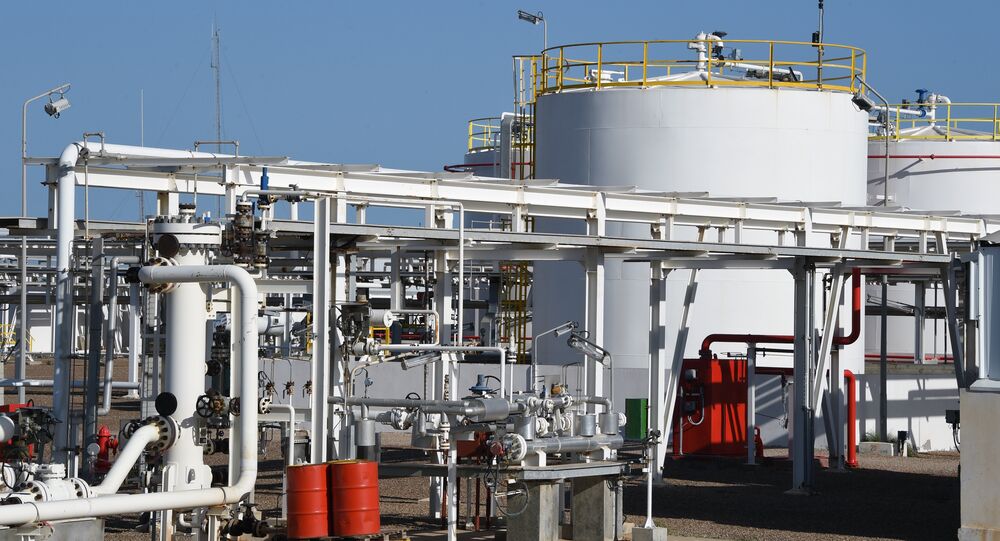 LONDON (Sputnik) - The UK government should speed up the development of UK shale gas due to the crisis in relations with Russia, the Global Warming Policy Forum (GWPF) think tank stated on Friday.

"Recent winter shortages have forced Britain to import emergency gas supplies from Russia. Moreover, Russia also provided about half of the coal used in UK last year. This growing energy dependence is a wholly unsustainable situation given Russia’s recent destructive and destabilizing behavior," the GWPF said in a statement after releasing a submission to the shale gas inquiry by the UK Parliament.

The GWPF called on the UK government to deliver on its manifesto commitment to change planning laws for shale applications, since "the length of time it has been taking for shale gas extraction to get planning approval demonstrates that the system is utterly failing."

© REUTERS / Parliament TV
London Losing Its Nerve: How UK Violates All Rules of the Diplomatic Game
The submission stresses the need for Britain to develop its shale resources in order "to avoid becoming almost wholly reliant on foreign imports for its gas supply in the near future."

British-Russian relations deteriorated after former Russian intelligence officer Sergei Skripal and his daughter were found unconscious in a shopping center in Salisbury. UK Prime Minister Theresa May said that it was "highly likely" that Russia was responsible for the incident, since the two were poisoned with a Novichok class military-grade nerve agent that was developed in the Soviet Union.