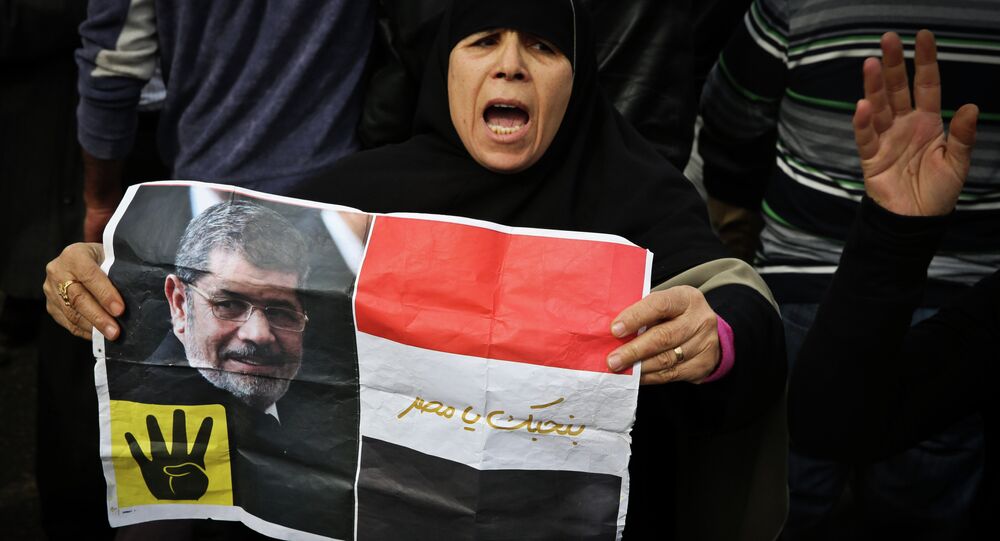 A new report has linked numerous respectable Swedish organizations, such as Sweden's Islamic Federation and the Stockholm Mosque, to the radical Islamist network banned in many countries.

Following criticism directed against last year's report on the spread of the Muslim Brotherhood* in Sweden, the Swedish Contingencies Agency (MSB) has compiled a follow-up report questioning whether an organization which may be linked to the radical Muslim network can continue to receive government contributions, Swedish Radio reported.

The new report called "Islamic activism in a multicultural context" was written by social anthropologist Aje Carlbom from Malmö University on behalf of the MSB. The report found, among other things that, Sweden's Islamic Federation, the Stockholm Mosque, Young Swedish Muslims (SUM) and the Swedish Muslim Council to have ties to the Muslim Brotherhood, it described as a "conservative movement with an Islamic ideology."

According to Carlbom, the Muslim Brotherhood works to influence the individual, family and society in the Muslim direction via "a slow change in society where people's hearts and minds are affected by persuasion." As a result, Calrbom questioned such organizations' eligibility for state support.

"The Swedish state finds the question of gender equality very important, while at the same time giving money to organizations that do not work for gender equality, but for other values," Aje Carlbom told Swedish Radio.

A similar study conducted by the MSB last year concluded that Islamists were building a parallel social structure that threatens Swedish values, yet was widely criticized as "unscientific." Carlbom's study is seen as a continuation, resting on previous research, various documents and specifically conducted interviews. Two of Carlbom's informants were Swedes who had previously been members of the Muslim Brotherhood.

"The conclusion of the report is that MB-associated activism is primarily an integration problem," Carlbom said.

This idea was echoed in Dagens Nyheter journalist Erik Helmerson's opinion piece titled "The State Provides a Mouthpiece for the Muslim Brotherhood's Message."

"If we mean business with our integration policies, we cannot provide millions of kronor to organizations wishing to segregate Muslims," Helmerson wrote.

According to Helmerson, the result of squeezing all Muslims into a generic "us" faced by a hostile "them" is "purely counterproductive," as it alienates both Muslims and non-Muslims. "We must be tough against radicalization, its causes," he wrote.

Temmam Asbai, the chairman of the Islamic Federation, repudiated having ties to the Muslim Brotherhood, stressing that his federation was a "Swedish organization, not ruled by anyone else."

"What he is doing is trying to somehow give certain political actors a scapegoat in order to explain Sweden's failed integration in recent years," Asbai argued.

Founded in 1928 in Egypt, the Muslim Brotherhood is a pan-Islamic organization claiming over a million worldwide members, in 70 countries. It is regarded as a terrorist organization in many countries, including Russia, Egypt, Saudi Arabia and the United Arab Emirates. In Sweden, the MB has been active since the late 1970s.