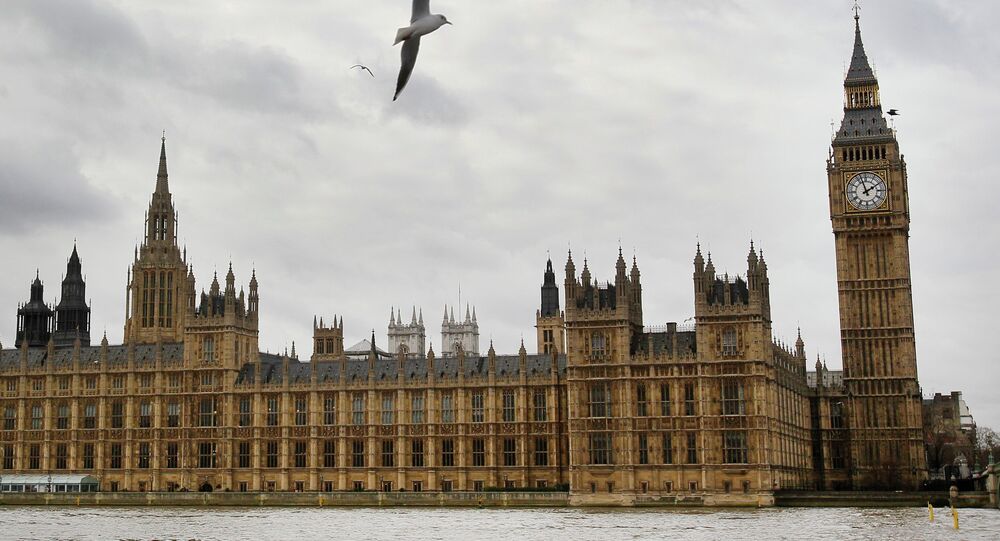 The sudden surge in anti-Russian sentiment coming from the British government and media can be viewed as serving the UK’s foreign policy objectives by creating an image of a “Russian enemy” that justifies continued and increased interventionism around the world, particularly as Western interventions have met with less success in recent years.

In the wake of the British government's accusations against the Russian government for the poisoning of Sergei Skripal, Professor Piers Robinson, Chair of Politics and Society and Political Journalism at the University of Sheffield spoke exclusively to Sputnik about the political purposes of encouraging such sentiments.

© REUTERS / Parliament TV
Russian Intelligence Veteran Explains What's Wrong With Skripal Case in UK
"There is an immediate question over the situation in Syria, broadly speaking I think there's a strategic failure from the West's point of view in Syria. In that context, the political drive to ratchet up the pressure against Russia has been intensified. That might be because they're seeking an escalation in Syria. I'm not convinced by that but it is a possibility. The broader picture in geopolitical terms is a drive to demonize Russia in the context of pursuing Western global agenda. The West has, for 17 years, been engaging in a fairly aggressive regime change strategy, most notably across the Middle East. Historically we can understand that as a drive to respond to concerns over the emergence of China and the possible resurgence of Russia, he said"

Professor Robinson explained further that it is increasingly important to Western governments to deflect the attention of their citizens, who have become increasingly aware of their interventions both covert and overt around the world.

"The West's position at this point in time is looking relatively weak. If they fail in Syria, then that will be the first of the countries which they have been trying to overthrow where that has failed. There is a huge incentive to create Russia as the bogey-man, to pull attention away from, to put it bluntly, growing awareness amongst Western publics that this is what the West has been engaged in for 17 years."

"It is more accurate to understand it as a constellation of political actors and interests coming together at a particular point in time and really having very similar objectives and then working and acting in that direction. Certainly in the context of UK domestic politics, you can see playing out, you see the attempt to use Russophobia as a way of cornering Corbyn and you can see that very clearly at the moment."

"It's also being used against Theresa May, she obviously, is an embattled British Prime Minister. This is a point which many voices from the left and also from the right and critical anti-establishment voices have pointed out that a lot of people who are voicing criticism, whether it's about economics or foreign policy have increasingly found themselves being labelled as "Putin apologists," as "stooges of the Kremlin," as "useful idiots." This is very McCarthyite and this is what points to it being propaganda, whereby questioning and dissent is being marginalized by the deployment of, "If you're not with us, then you're with the Russians!"