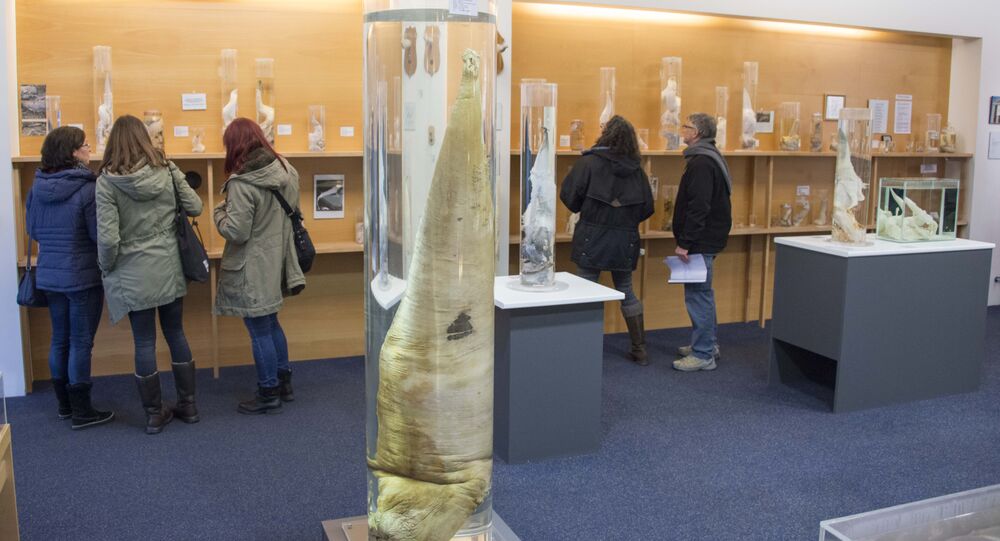 By a twist of fate, the Reykjavik International Film Festival (RIFF) office shares the same building with the Phallological Museum… which cannot help but confuse many people.

Dozens of tourists entered the RIFF asking where the penis museum was. The people working at the office had probably run out of patience, which prompted them to print a warning sign describing the directions to the site they were looking for.

The tweet has spread quickly, eventually leading to the creator of the disclaimer, Jonatan Van Hove.

"It was on the second floor, so they'd come in through the two front doors, climb the stairs, somehow find my office, which was the closest to the door, and they would ask 'Excuse me, is this the penis museum?' Some people were too embarrassed to ask about it. Others would ask me super-seriously about the phallological museum," he told Newsweek.

OH MY GOD I THINK MY GIRLFRIEND AND I HELPED INSPIRE THIS SIGN!
Sorry, nice friendly Icelanders who work in a building that apparently is quite often mistake for the penis museum.

Indeed! It was about 5 years ago —
We were walking the beautiful streets of Reykjavík, try to follow the (not good!) directions from the museums web site.

We found what we thought was the correct address, walked in — and were greeted by a bunch of friendly but confused workers in cubicles. “What are you looking for?” They asked, after they realized we were just dumb American tourists.

We tried to look up “phallus” in our English to Icelandic dictionary. No luck!
So finally, frustrated, she said “the PENIS museum!!!”

After they stopped laughing — they were very helpful in providing directions to the correct location and we had a wonderful visit. Can’t wait to go back!!

Some users began sharing their pictures taken inside the museum, which describes itself as “probably the only museum in the world to contain a collection of phallic specimens belonging to all various types of mammal found in a single country”:

In case you thought they were kidding: pic.twitter.com/0eSNiMMdUb

Me at the same spot! pic.twitter.com/JUvzuZNpo5

Went. Phone was out of order. pic.twitter.com/fSCMh76e1V

The sign dates back to April 2017, when its creator Van Hove had been asked for directions three times.

I just had to make this sign for my workplace. pic.twitter.com/4LOYOLPWWa

You'd think that you'd never grow tired of having people awkwardly ask you whether your office is the Penis Museum.

Low Blow: Men Are Four Times More Likely Than Women to Get Cancer From Oral Sex