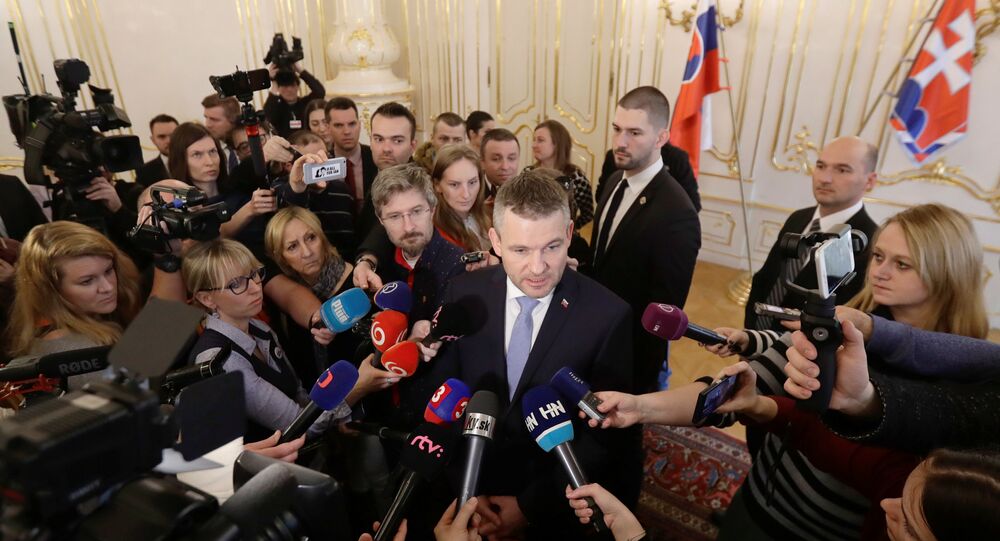 "There was a meeting with Prime Minister Robert Fico, who presented his resignation. After that, I asked Peter Pelligrini, who was previously a deputy prime minister, to form a new government," the president said.

Earlier in the day, Pellegrini brought the 79 signatures to the meeting with President Andrej Kiska, which means he has secured the majority in the 150-seat parliament, according to Teraz news outlet.

© AFP 2021 / JOE KLAMAR
Slovak Interior Minister Steps Down After Journalist's Murder
The country has been in crisis over the murder of investigative journalist Jan Kuciak, who was looking into ties between the mafia and the Slovak government. Slovakia has seen several protest marches since late February, when Kuciak and his fiancee were found dead.

Kiska has called for a government reshuffle or a snap election in order to resolve the existing tensions.